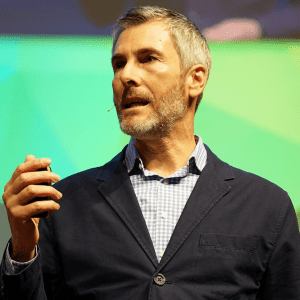 At a time when we’re all constantly checking the news for the latest update on Covid-19, there’s another problem which affects us all.

It links together how we pass on messages about our favourite (or most detested) politician, how we transmit information about brands and celebrities, and it’s directly connected to the virus.

That’s because we’re living in a media landscape where the truth is deliberately manipulated, trust has been catastrophically devalued and organised disinformation is a growth business.

So in this podcast, Sean Pillot de Chenecey discusses insights about ‘System 1 & 2 Thinking’ from his best-selling book ‘The Post-Truth Business‘ – which was a finalist in the 2019 ‘Business Book of the Year’ awards.

Understanding and utilising an awareness of ‘how we think’ is being highlighted as a crucial means of combating fake news and disinformation about the virus. Therefore, this podcast explains how the brain processes information, and why an issue most usually discussed in relation to advertising agencies, is being connected to the most crucial issue of our time.

Sean Pillot de Chenecey (00:04): Hello, this podcast is care of Speakers Associates, the global speaker bureau representing a select group of the world’s finest thinkers and thought leaders. Founded in 1999, today Speakers Associates operate out of nine offices across seven countries covering the UK, Europe and Middle East. I’m Sean Pillot de Chenecey, author of The Post-Truth Business and Influences and Revolutionaries. In the rest of the series, I interview a range of people represented by the bureau, but on this occasion, I’m gonna be doing a podcast myself. This special issue of The Speaker Show looks into the combating of fake news regarding the COVID 19 virus by utilizing our system one and two thinking. That’s because in addition to COVID 19, there’s a problem which affects us all. We’re living in a media landscape where the truth is deliberately manipulated. Trust has been catastrophically devalued and organized disinformation is a growth business. Over the last few years, those issues have been primarily discussed in the political sphere.

Sean Pillot de Chenecey (01:14): For instance, regarding dubious campaigning activity around elections. As I highlighted in my first book, The Post-Truth Business, this is a fundamental problem for democracy, with transparency and truth, being such key foundations. A debate at the World Economic Forum in Davos noted that due to hacking, leaking and disputing the facts, it’s never been easier to distort the truth. Fake news and digitization present a major threat to global democracy. Social media in particular has changed the way we consume and share news and information and accelerated the spread of inaccurate and misleading content. Indeed, in an Economist special report on social media stated that not long ago, social media held out the promise of a more enlightened politics yet far from bringing enlightenment social media have been spreading poison. So the implications now linked directly to concerns over accessing reliable information around COVID 19. And these issues are both obvious and deeply worrying when the public’s need for trustworthy information about the virus is imperative.

Sean Pillot de Chenecey (02:24): Unfortunately, this is undermined by a lack of trust in the mainstream media, a decline in the respect given to expertise and a reliance on word of mouth communication. And when the spreading of poisonous news is being turbo charged by social media, it’s important to note why the issue of speed and the transmission of news, or rather the latest apocalyptic rumor or conspiracy theory is such a crucial factor as it reflects how the brain processes information. Any advertising agency will tell you that the key is key about how we use social media. In fact, how we absorb any messaging links directly to so-called system one and two thinking. In summary, the brain works on a deal process model. System one is fast driven by instinct and prior learning. Why this is important for agencies is because we don’t concentrate on the vast majority of advertising. It just takes place while we’re chatting to someone else or simultaneously looking at another screen, et cetera.

Sean Pillot de Chenecey (03:24): It’s a big deal for people making TV commercials, as you might expect. System two, however is slow driven by deliberation effort and logic. So even when we believe we are making decisions based on rational considerations, our system, one beliefs, biases, and intuition are what drive many of our choices. It’s the secret author of many of the judgements you make. According to psychologist, Daniel Kahneman in his well known book, Thinking Fast and Slow. So, system one thinking drives which adds consumers, unconsciously pay attention to as well as what brands they buy and which brands they buy as they rush around a grocery store while dealing with constant distractions. And it has big implications for social media, politics and news about COVID 19 and thus all those creating public health messaging today. In social media terms, which commentary heard as part of the dead background buzz, which surrounds us all.

Sean Pillot de Chenecey (04:27): That sounds vaguely agreeable to our point of view is noted while in system one automatic browsing mode and is therefore the mode by which most of us are thinkingly pass on information. You’ve done this and so have I many times. And that pass it on messaging, essentially digital word of mouth i.e. tweet to retweet is precisely the form of communication that is most believed by others we know. I.e. those we’re linked with on social media. So we pass on important messages without thought they’re received by friends and acquaintances as having added credibility as they arrive from a known source, i.e us, and they’re often then retweeted without hesitation. And thus the pattern goes on and the message is spread virally. Now the implications of users utilizing system one behavior is a great thing. If you are a consumer stroke brand advertiser with an impactful likable and motivating message to communicate, but in the context of the coronavirus, this approach to social media is a terrible thing.

Sean Pillot de Chenecey (05:34): When it comes to health news word of mouth. The answer to this is clear if we just thought about what we were doing, literally just actively thought about it for even a few extra seconds. Our brain’s system to dual process would kick in and perhaps make us question what we are reading, consider the ramifications of the contents of that post and stop our potential automatic retweet. This is why a quick method of verifying factual versus fake news is to simply check to see if other major news organizations are reporting on the same story. If they are, then the chances are that the story stands up to an instant fake check. Regarding fake news, the origins go back through history, and there are clear links with the proclamation for the suppression of coffee houses made back in 1672 by Charles II to restrain the speaking of false news and liaison talking of matters of state and government. As were the salacious rumors spread by the political pamphleteers of the French revolution, which was itself a revolution of the media. In strictly print media terms.

Sean Pillot de Chenecey (06:42): Fake news can actually be traced back to the days of Stalin as in the doctoring defacing or deletion of actual news imagery, which was discovered by the journalist David King in the early 1970s, when he was researching the rotten Russian revolution and communist propaganda. Years ago, the academic Francis Fukiyama spoke of fear, uncertainty and doubt being key macro issues impacting society. But the deliberate blurring effect of fake news in a post-truth world creates an info smuggled, falsed, twisted truth, confusion, and downright lies. This results in a situation where having a crystal clear picture of the truth, to which we can all refer becomes an evermore difficult and sometimes impossible goal. It gets worse. The ability to create fake news is easy and fast. Unlike real journalism as its creators can create a full story of the outrageous click bait or intended to confuse type, put it online and move onto the next story at high speed.

Sean Pillot de Chenecey (07:47): And we’ve seen actions in the coronavirus area trace back to Russian state sponsored disinformation. To be clear about just how vitally important this all is in her excellent book, Who Can You Trust, Author Rachel Botsman states that without trust and without an understanding of how it is built, managed, lost, and repaired, a society cannot thrive. Trust is fundamental to almost every action, relationship and transaction. The media is at the forefront of the war on truth, but a large percentage of it must urgently rebuild levels of public trust. And when it comes to the truth versus fake news at a time when we’re endearing a global pandemic, then this issue is quite literally a matter of life and death.

Sean Pillot de Chenecey (08:39): Thank you for listening to The Speakers Show Podcast. Please leave a rating on iTunes, we’d really appreciate it. And also it’d be great if you could subscribe to the podcast itself. You’ll find it also on Google podcasts, SoundCloud, or your favorite podcast app. Thank you.

Scroll back to top

Enter your name and email address below and I’ll send you periodic updates about the podcast. 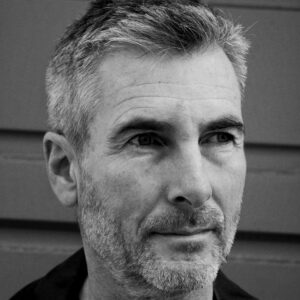 Sean has a very deep level of knowledge regarding the genuine issues impacting brands from a cultural, social and business perspective.

Humanity's hidden super power in the age of data

The Flip-Side of Digital Transformation

Everyone is in Sales

Tony Morris is a conversion strategist who brings actionable, practical, real-life techniques that the audience can implement the day after the event and get instant results.
EPISODE 244
12 May 22
31 min

High Performance and Teamwork in the Fast Lane

Inside the mind of champions

How to multiply your creativity by the power of 10

Creativity, Collaboration and the Customer Experience

The business of high performance

Lessons from the Underworld

How to use a keynote to catalyse transformation

Nick Jankel gives his thoughts on transformational keynotes and the secrets to an epic talk.
EPISODE 236
17 Mar 22
27 min

Innovation against the odds

What Businesses can learn from the Newsroom

Watch and listen as Juliette Foster shares her thoughts on Diversity and Equality.
EPISODE 233
24 Feb 22
26 min

Is the Great Resignation a People Time Bomb

Watch and listen as Chris Roebuck shares his thoughts on the future of leadership and unleashing potential.
EPISODE 232
17 Feb 22
24 min

An investors guide to world affairs: Why short term thinking is killing your business

A new approach to transformation and the future of work

Watch and listen as Antonio Nieto-Rodriguez shares his thoughts on project management and strategy implementation.

Subscribe to the Source - a free monthly newsletter that's actually worth opening!

We bring you the latest ideas, concepts and strategies from our speakers, business thinkers and thought leaders. Stop relying on the algorithm to show you the content you need; The Source is your curated collection of the latest insights and inspirations from around the globe.