Alan Weiss is a world-renowned strategy consultant and keynote speaker. Recently described by Success magazine as a “worldwide expert in executive education.” Alan is an inspirational, motivational and highly entertaining speaker.

Alan presents insights to his audience on how to foster breakthrough thinking to managing change, from building winning relationships to mastering self-leadership.

Alan Weiss is one of those rare people who can say he is a consultant, speaker and author and mean it.

Alan has also served on the boards of directors of the Trinity Repertory Company, a Tony-Award-winning New England regional theatre, Festival Ballet, and chaired the Newport International Film Festival.

His speaking typically includes keynotes at major conferences and he has been a visiting faculty member at Case Western Reserve University, Boston College, Tufts, St. John’s, the University of Illinois, the Institute of Management Studies and the University of Georgia Graduate School of Business.

He has been appointed the adjunct professor in the Graduate School of Business at the University of Rhode Island, where he lectured on advanced management and consulting skills.

Alan has a PhD in psychology and has served on the Board of Governors of Harvard University’s Center for Mental Health and the Media.

He is an inductee into the Professional Speaking Hall of Fame® and the concurrent recipient of the National Speakers Association Council of Peers Award of Excellence representing the top 1% of professional speakers in the world. He has also been named a Fellow of the Institute of Management Consultants and is one of only two people in history to hold both designations.

A prolific writer, Alan has published more than 500 articles and 60 books, including his best-seller, “Million Dollar Consulting.” and his latest book “Lifestorming” (with Marshall Goldsmith).

Alan’s books have been on the curricula at Villanova, Temple University and the Wharton School of Business and have been translated into 12 languages. He is frequently interviewed and quoted in the media and his career has taken him to 60 countries and 49 states.

Success Magazine called him “a worldwide expert in executive education.” The New York Post called him “one of the most highly regarded independent consultants in America.” He is the winner of the prestigious Axiem Award for Excellence in Audio Presentation.

Alan is also the recipient of the Lifetime Achievement Award of the American Press Institute, the first-ever for a non-journalist and one of only seven awarded in the 65-year history of the association. 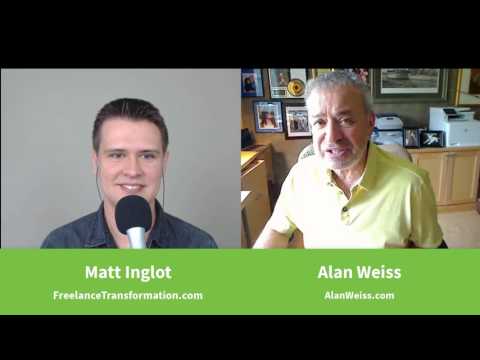 What can freelancers learn from Alan Weiss?
52:24
2 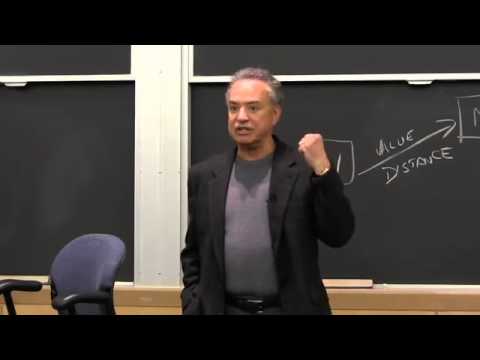 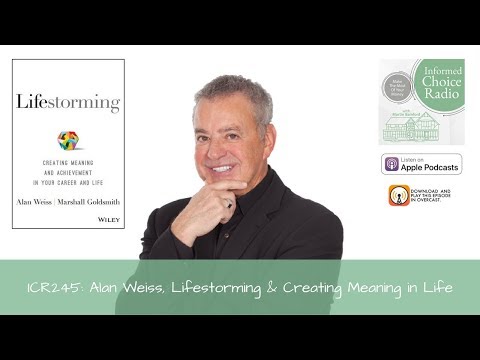 I was awed by the receptivity of the group to your stories and exercises. It was a wonderful learning experience, and the value added was your humorous delivery. I personally appreciated your support and 'low maintenance' needs. Thank you for coming into our corporate lives.'

"Wow! Thank you for your fantastic presentation on team building. Your energy, enthusiasm, and credibility earned a perfect '10' rating from the entire group, including these comments: This guy is fabulous; High level of empathy, effective and humorous; Excellent presentation skills and strong, memorable examples.'

'Thanks for making our 53rd annual convention a rousing success. I think the audience would have been happy to sit there for another two hours. The members of our strategic planning group were particularly impressed and will be contacting you to facilitate a strategic planning meeting.'

'The day after resigning from my former firm, I called Alan Weiss. He has helped me every step of the way for the past 5 1/2 years. By my estimate, my revenue would be about 25% of what it is without his advice.'

'I've listened to Alan Weiss speak three times, and I was extremely impressed three times. This third time was by far the greatest day of speaking I've ever attended. For Alan to give his time and share his expertise for nothing more than a donation to one of his favourite charities is, indeed, extremely impressive. And I certainly was impressed. So that's why I am saying that if you have never had an opportunity to listen to Alan Weiss speak and you pass up an opportunity to hear Alan Weiss speak, you are crazy. That's right. If you've never heard Alan speak, and pass up a chance to hear him speak, then you're crazy. If you have not heard Alan Weiss speak yet, make sure that you do. Alan possesses two of the qualities that I most value: genuineness and sincerity. Alan is genuine and sincere. He keeps it real.'

'Alan helped me to shift my perception of the value I provide to clients and change my business model to boost my firm's profitability. He's very smart and quick, with a well-developed flair for marketing and promotion. He's been an enormous resource, and the value created far exceeds the fees paid and time invested. I've re-enrolled in the program.'

'You certainly helped us rekindle our planning effort-our sessions were invaluable to the entire staff. You've helped to make our organization a stronger and more humane one.'

'The Innovation Formula offers a rational, sensible approach that can help any organization become more comfortable with change, and more importantly, to profit from it.'

'Your presentation skills are among the best I've ever seen here. We are looking forward to a long-term relationship.'

Mastering Change: The Seven Keys to a World That Will Never Be The Same

How to create positive change and continually raise the bar.

Empowering the Customer: How to Allow the Buyer to Buy

Why business acumen and behaviour are more important than 'sales skills.'

Strategic Management: How to See What the Competition Can't

How to implement strategy, because creating it is the easy part.

Why Winners Win: The Secrets of Outstanding Performance

Why external rewards really punish, and how to create intrinsic motivation.

Ethical Management: The Keys to Doing Well by Doing Right

How to balance values and judgement to create higher profit.

Making the Fourth Sale First: How to Build Winning Relationships

How to accelerate sales by using the prospect's perspective.

How to grow a business by working smart instead of hard.

To enquire about booking Alan Weiss, email info@speakersassociates.com or complete this form.