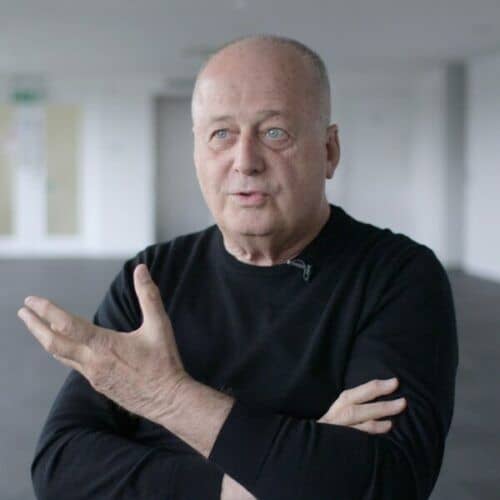 The manufacturing maestro who has been referred to as the ‘godfather of Italian product design’.

Treading the borderline between tradition and avant-garde, Alberto Alessi is no stranger to discerning potential and risk in the design industry. The managing director of Alessi, his design and technology expertise and his entrepreneurial spirit have seen the company work alongside some of the best  international designers and become globally recognised for producing products which combine functionality and aesthetic appeal.

Currently the general manager of Alessi, Alberto Alessi is as well regarded for his skill in innovative marketing and leadership as he is in contemporary design. As the third generation of Alessi to run the business, he was responsible for transforming the household-trade supplier of steel kitchen and dining ware into a brand known for style and substance in fields such as glassware, clocks, lighting, and toys in a variety of mediums.

Combining traditional functionality and quality with modern materials and the latest in technology and style have seen the company grow to work with leading designers and have enabled it to become highly regarded on an international level. Products made by Alessi have a seemingly magic formula they draw consumers, enchanting them into accepting new design and to welcome technological advancement.

A Doctor of Fine Art at Miami University, Alessi combines his creative ability with a shrewd business mind. The fact that it can prove almost impossible to create the best in innovation and styling for a product whilst retaining popular appeal has made him an expert in the management of risky projects. This ability has made him a sought after speaker as businesses of all kinds struggle to stand out in an increasingly global marketplace.