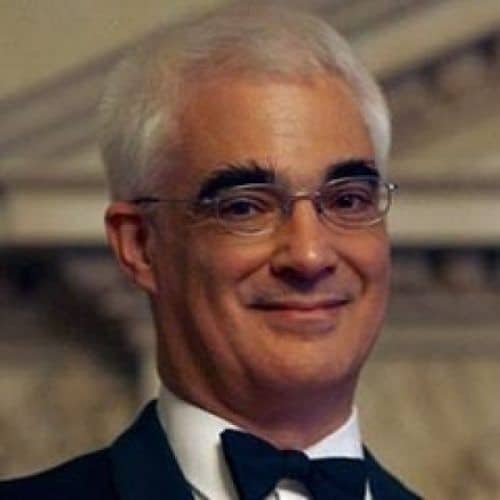 Alistair Darling was Chancellor of the Exchequer during the most severe financial crisis in Britain for 60 years.

Darling oversaw the nationalisation of the failing bank Northern Rock and is credited with preventing a full-scale economic depression. A highly respected politician, Alistair Darling is Labour MP for Edinburgh South West and is currently shadow Chancellor. He is also in charge of the campaign to keep Scotland in the UK, with a referendum due in October 2014.

Direct and to the point, Alistair Darling has a fascinating tale to tell about his time on the inside of a government dealing with economic crisis.

In September 2007, for the first time in more than century, there was a run on a British bank. As Chancellor of the Exchequer, Alistair Darling was at the helm. He authorised massive financial support for the ailing Northern Rock, borrowing up to 20 billion from the Bank of England and faced severe criticism for spending so much public money on a private company. And yet despite further bail outs for banking giants RBS and Lloyds, his moves are now credited with preventing a full-scale economic depression. His 2011 memoir Back from the Brink: 1,000 Days at Number 11 relives those days, offering a unique perspective on events that had far reaching effects on economic and financial systems worldwide.

In 2008 he predicted that the country was facing the severest economic crisis since the end of the Second World War, a Storm warning that earned him a lot of criticism at the time, but has since proved to be right.

“The economic times we are facing… are arguably the worst they’ve been in 60 years. And I think it’s going to be more profound and long-lasting than people thought.”

Alistair Darling is a highly effective and deeply respected politician who has also held a range of important cabinet positions under Tony Blairs government, including Chief Secretary to the Treasury, Social Security and Transport. He advocates major spending projects to revitalize the economy and is in charge of the campaign to keep Scotland in the UK, with a referendum due in October 2014.

Before entering politics he studied law at Aberdeen University and worked as a lawyer. He loves Leonard Cohen, and lists Midnight Express, Annie Hall and Local Hero as his favourite films.