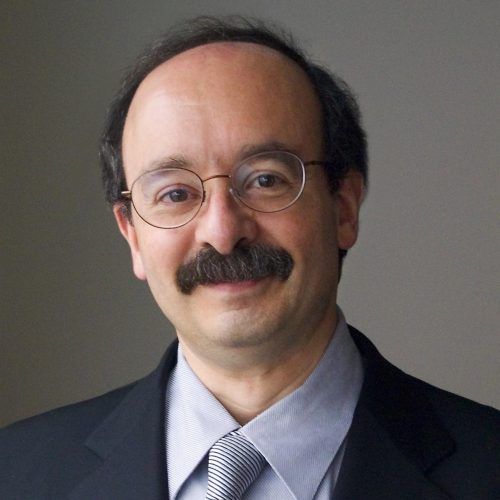 A world-leading expert in energy and the environment, Amory Lovins has helped pave the way to a more sustainable future.

"One of the Western world's most influential energy thinkers."

"Done more to assemble and advance understanding of [energy] efficiency opportunities than any other single person."

"Surely the most articulate writer on energy in the whole world today."

"A stunning work of enormous dimension. Reinventing Fire outlines an eminently practical path to a durable and meaningful future by reimagining how we use and produce the lifeblood of civilization energy in its myriad forms."

"Reinventing Fire is a wise, detailed, and comprehensive blueprint for gathering the best existing technologies for energy use and putting them to work right now to create jobs, end our dependence on climate-changing fossil fuels, and unleash the enormous economic potential of the coming energy revolution."

In 2009 Time Magazine listed Amory Lovins as one of the Top 100 Most Influential people in the World. Prior to the 1980s, Lovins began to demonstrate to the world that it is possible to reduce the use (and therefore cost) of energy on an individual, industrial and international level. Now working with governments and businesses the world over for a more sustainable and environmentally sound future for energy use and supply, his work has proved inspirational on a global level.

A leading authority in sustainability, Lovins has a lot to offer his audiences. Governments and businesses the world over have heeded his advice, his calm and clear style allowing the facts he has found and the suggestions he makes to speak for themselves. Not only is Lovins inspirational, he spurs listeners into action to increase sustainability on all levels.

Known for his pioneering thinking in the fields of energy, the environment, security and development, Amory Bloch Lovins is one of the worlds foremost innovators. Having been responsible for the redesign of industrial facilities in numerous sectors over the years, he has enabled organisations to reduce their energy expenditure. Promoting the understanding and proper use of energy and resources has been the major focus of Lovins’ career and he has received a vast array of accolades for his contribution toward solving the global dilemma relating to fuel use and sustainability. His knowledge and understanding mean that he has been selected to advise numerous governments and organisations he has briefed 20 heads of state.

Lovins’ contribution to the oil, electricity, automotive, semiconductor and real estate industries have proved invaluable. Not only has he consulted on matters concerning the environment, sustainability and cost effectiveness to political and business leaders, he has also contributed numerous academic papers and written or co-authored a number of books, making his theories accessible to interested parties from all sectors. By exploring the quality, quantity, scale and sourcing of energy types he has been able to determine which are economically, politically and environmentally preferable. His highly influential concepts have informed policy for many years, not least with his renowned soft energy path approach.

Lovins and then wife Hunter Lovins founded the Rocky Mountain Institute (RMI) in 1982. The independent research organisation investigates ways to increase the efficiency and sustainability of resource use, working with governments, industry and society to help achieve this goal. Through RMI, Lovins founded several businesses, Hypercar Inc. being one of these. The concept of the hypercar is important to Lovins and to the automotive industry; cars which combine aerodynamic, low-drag body shapes, hybrid technology and lightweight composite materials could save on the use of fuel assisting the drivers, society and the environment.

Supporter so of the hypercar, like Lovins, are proving that there is no reason that such cars could not offer better value, performance and safety features than standard equivalents in the future. The importance of lightweight materials which could withstand the same pressures as traditional ones led to the creation of Fiberforge Corporation, which produces such materials in a cost effective manner. Lovins is currently Fiberforges Chairman Emeritus.

Determined to highlight the importance of protecting the environment, Lovins has worked extensively with Friends of the Earth, writing for them and contributing photographs to their projects.

Lovins began his studies at Harvard before transferring to Oxfords Magdalen College. A highly successful and talented student, he primarily studied physics, becoming junior research fellow and then a don. After being refused permission to carry out his Ph.D. in energy, he left the university in order to pursue a career in the energy industry. The conviction and dedication that enabled him to make this bold move has proved essential throughout his career; not many could change the global outlook on energy.