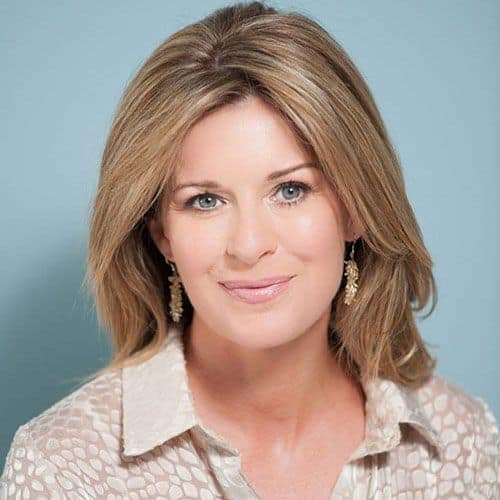 Andrea made her name as ITN’s International Correspondent and newscaster. She covered major world news stories from the invasion of Iraq to the Omagh bombing (for which she was nominated for a BAFTA).

"I would like to thank you for helping to make our event on Monday evening a success. Your professionalism in the way you conducted the event and handled the questions to the panel was highly commendable. Your valuable contribution was very much appreciated."

"Pleasant, professional moderator. The best moderators are not intrusive - Andrea Catherwood exhibited that skill and genuinely seemed to be enjoying the topics/learnings as much as the attendees. Would highly recommend her involvement in future events."

"It's been an absolute pleasure working with you. Thanks for moderating the summit and also doing and exceptional job with CIO and CEO panel sessions. The audience also enjoyed listening to some of the personal anecdotes shared by you. We will be working together in the future doe sure."

"Your delivery of the presentation was spot on; the personal touch at the top of the evening was perfect, and your input into the mechanics of the event on stage was invaluable."

Andrea was one of the first journalists in New York in the aftermath of 9/11 and reported from Mazar-i-Shariff in Afghanistan. There, she witnessed the fall of the Taliban and was subsequently injured by shrapnel in a suicide attack. She was in the first overseas media team admitted to Guantanamo Bay. Among her many assignments were Gaza, Sierra Leone, Mozambique and Moscow. Andrea was embedded with the British Army in southern Iraq in March 2003 and subsequently reported and anchored from Baghdad. She championed the plight of children mutilated in the allied bombing and was instrumental in pressurising the U.S military to evacuate a number of amputees for life-saving treatment.

As one of ITV’s main newscasters, Andrea presented news bulletins from 1998 to 2006. She anchored open-ended coverage on ITV1 as events unfolded during the London bombings. She has also anchored in the field from Washington, Baghdad and Kabul. She spent a year as the main anchor of Channel 5 News. Andrea was the first woman to present ITV’s flagship Sunday morning political programme ‘Sunday Edition’ interviewing world leaders and top politicians.

She moved to Bloomberg Television at the height of the financial crisis to present the flagship business news, politics and current affairs show “The Last Word with Andrea Catherwood” each weekday from London. She regularly interviewed European leaders and Finance Ministers and hosted the programme from various European capitals and Davos.

Before joining ITN Andrea was a correspondent and anchor for NBC Asia based in Hong Kong. She reported throughout South East Asia including Vietnam, Indonesia, Thailand and Burma where she interviewed Aung San Suu Kyi. She made documentaries in Burma and Laos and covered the 1997 Handover of Hong Kong.

At UTV in Belfast, Andrea was a reporter for news and consumer affairs. She began her career with BBC Northern Ireland at just 16 winning ‘Young Broadcaster of the Year’ in 1984. She had already interviewed Gerry Adams and Garret Fitzgerald before she went to University of Manchester where she gained an honours degree in law.

Andrea regularly writes travel articles for the Mail on Sunday and the Daily Mail and she has also written for the Times, Guardian, Telegraph, Sunday Times and Independent.

She is a juror for the Royal Television Society Awards and BAFTA television awards and a judge for the final of the Costa Book Awards. Andrea is UK Ambassador of the Hope Foundation and integrated Education charity. Andrea is much in demand for her skills as a host for conferences and award ceremonies worldwide. Her experience as a Bloomberg anchor makes her an ideal choice for City firms. She’s an experienced chair and an engaging after dinner speaker, with plenty of war stories from her days as a foreign correspondent. She’s a regular host and panelist at literary festivals in the UK and worldwide.

Below are a few of her recent events.