Bibian Mentel is a 45-year-old professional snowboarder from the Netherlands who has two World Cups, two World Championships and, most recently, two gold medals from the 2018 Paralympics held in PyeongChang, South Korea. But Mentel-Spee’s road to success didn’t come paved with perfection.

She has overcome cancer on 9 separate occasions since 2000, when a rare bone cancer, clear cell sarcoma, nearly ripped away her professional snowboarding career — and her life. One casualty of her disease was the loss of her right lower leg. Amputation was the best way to save her, according to her physician, after the cancer had spread to the membrane around the bone and her tumor didn’t respond to chemotherapy or radiation. That seemed to work. Then, two and a half years later, the cancer spread to her lungs. Mentel-Spee underwent surgery. The cancer came back in her lungs five more times. For six years, she had a clean bill of health before facing another hurdle — the cancer recurred in her hilum — where the bronchi, arteries, veins and nerves enter and exit the lungs — in May 2016. Mentel-Spee was shocked. She had just completed her snow season and she didn’t feel sick. She and her husband refused to give up. In summer 2016, she had 24 radiation treatments without experiencing side effects, and she kept on training. A few months later, she became a double world champion.

In need of a little break, she and her family went on a summer vacation. However, her fight with cancer wasn’t over. There, for a ninth time, the disease was back yet again. This time it was in her neck. In December 2017, Mentel-Spee learned that her vertebrae were collapsing from her tumor and radiation. So, she underwent two surgeries in January. Mentel-Spee now has a titanium vertebra.

Three weeks later she was back on the snow preparing for the Paralympics, which was just about two months away. And she won two gold medals. Away from the slopes, Bibian Mentel is convinced of the importance of sport in peoples’ lives and from her own personal experience she also knows that “disabled people can do a lot more than they think, they just have to work harder for it.” She set up The Mentelity Foundation to guide people with a disability to look at the possibilities instead of the impossibilities. It’s all about mentelity! 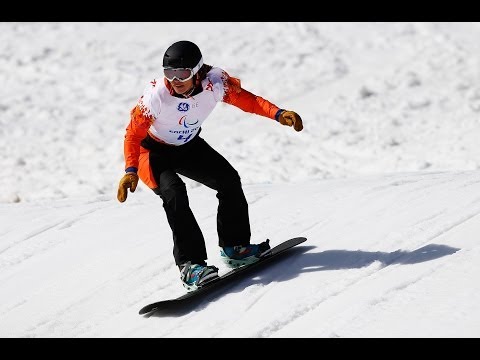 To enquire about booking Bibian Mentel, email info@speakersassociates.com or complete this form.