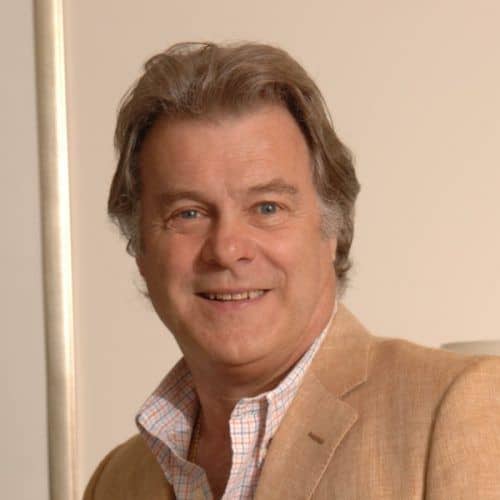 One of the world’s most successful marketers

Understanding the dynamic modern business world can be a challenge – luckily, the masterful Bob Pritchard is available to provide inspirational advice.

"Bob is the perfect speaker for a business audience, inspirational!"

"Highly motivating, nothing but fantastic comments."

"A stirring presentation. You made us sit up and think about how we address the future of this business. Very practical and humorous stories."

"What a unique contribution. We are still receiving letters of thanks and congratulations on your presentation. A very entertaining and highly enlightening presentation on marketing to help us address the future."

For over 30 years, Bob Pritchard has been consulting on all aspects of business and marketing to Fortune 500 companies, SMEs and start ups in the United States, Europe and Australasia. Bob is also a recipient of the highly prestigious “International Marketer of the Year” award as well as many other accolades.

Bob Pritchard is the author of several internationally best selling books including: Marketing Success Stories, Complex Marketing Made Simple, Kick-Ass Marketing, Sponsorship Made Simple and Kick-Ass Business and Marketing Secrets: How to Blitz Your Competition.

Bob Pritchard sits on the boards of companies in Europe, the United States and Australia providing a wealth of knowledge on everything from corporate structure, corporate culture, cost management, driving sales, expansion through franchising, joint ventures and strategic relationships, through to IP protection and implementing stock exchange public listings.

Apart from traversing the globe almost on a weekly basis, consulting to major corporations and working with small businesses to create strategic relationships internationally, Bob Pritchard is one of the leading business and marketing speakers in the world.

He is a regular contributor to television, radio, newspapers and magazines, has been featured on 60 Minutes and other television programs around the world. Bob also hosts a weekly business radio program to a global audience of over 200,000 on five continents on VoiceAmerica, interviewing the world’s leading thought leaders, entrepreneurs and SME’s.

Bob Pritchard’s experience as a speaker and trainer includes over 1,500 conferences, encompassing over 90 Fortune 500 companies in 52 countries. He was awarded the Certified Speaking Professional (CSP) designation, awarded to less than 5% of all speakers.

In the mid 1990’s Bob Pritchard began to share his broad international business experience by speaking to corporations and business organizations. Today, he numbers among his clients over 90 of the Fortune 500, including: Microsoft, Coca-Cola, Ford, Anheuser Busch, Morgan Stanley, Mercedes Benz, BMW, Toyota, American Express, AT&T, Alcatel, Lucent Technologies to name a few.

Bob Pritchard has also been a marketing consultant to Fox Studios and Darling Harbour in Sydney – the fifth largest Olympic Games site in history. He was Marketing Director for Formula One and implemented the “100 Years… 100 Movies” campaign for the American Film Industry.

A tireless worker for charity and Global Ambassador for Kidney Health, Bob Pritchard was recognized by Her Excellency the Hon. Ms. Quentin Bryce AO, Governor General of Australia for his work with Kidney Health. Bob is also a committee member for The Golden Stave, the Music and Entertainment Industry organization that raises funds for worthy children’s charities.

In the past ten years we have advanced just 1% of the technology revolution, in the next fifteen years we will advance the next 99%. Technology change will be extraordinary, industries will be disrupted. Our customers will be more informed, more connected and more socially conscious. Managing this will require a dynamic change in leadership, corporate culture and community citizenship, management, marketing and advertising and customer communication and service.

Bob Pritchard shows you how to embrace this change; provide leadership, motivate employees and stakeholders, use this new technology to reach and drive consumers to purchase, become loyal customers and advocates, reduce costs and drive ROI.

Customer Service in a Time of Disruptive Change: A Paradigm Shift in Thinking

Today’s Customer Service is totally inadequate. Traditional methods of customer interaction; gaining trust, developing loyalty and generating word-of-mouth are less relevant, yet PWC research is showing us that customer service is now even more critical to business growth, ROI and pricing strategy than ever.

Bob Pritchard shows you how to embrace this change, demonstrates how proactive customer service is not about buying new technology, but requires a change in mindset and a strategy that melds traditional best practices with mobile and social platforms. He demonstrates how to effectively use location-based marketing, blogs, Twitter, Facebook, Foursquare, Instagram, LinkedIn, Yelp. YouTube and other dynamic tools to give the customer a “knock your socks off” customer experience..

Marketing in a Time of Disruptive Change: What You Know Now, No Longer Applies

The rapid change in technology, the 24/7 connected, highly informed customer, the changes in consumer reading, listening and viewing habits, the decline of traditional media and the explosion in new media, increased market segmentation and an empowered consumer have changed the game.

Bob Pritchard shows you how to embrace change, demonstrates which principles that have been the cornerstone of marketing, advertising, promotion and PR for nearly a century still apply, and which do not. He also provides you with dynamic tools to give your customer a “knock your socks off” experience at every level of your business.

Leadership: How Rapid Disruptive Change is Turning Leadership, at Every Level, on its Head

Traditional structures are not suited to fast changing environments, today decisions and strategies must be developed quickly by people at the coal face. This requires the management team and employees to be trusted and empowered to make timely decisions. Managers at all levels face challenges beyond their individual capabilities, requiring increased emphasis on collaboration, innovation, managing change, building relationships, working across boundaries and participation management. Relying on management competencies that worked in the past, will no longer produce the results required or necessary.

Differentiation in a Time of Disruptive Change: Real “Outside the Box” Thinking

New technology, the 24/7 connected empowered customer, changes in consumer reading, listening and viewing habits, the explosion in one-on-one enabled new media, all provide unequalled opportunity to differentiate from the competition. In reality, if you are a me-too, you will lose. it’s not what you sell, but how you position yourself to sell that matters. Don’t enter into a war of features and benefits when medical research shows all decisions are initially made emotionally.

Bob Pritchard shows you how to use outside the box thinking to clearly define your Consumer Purchasing Benefit and articulate your differentiation message.

Bob provides inspirational examples, team building and other proven success tools, but expands on it to include the tools essential for tomorrows workplace: the role that corporate culture plays in employee motivation, Interaction, innovation and inventiveness to create an environment where employees want to spend time, keep morale high, increase productivity and retain good employee.