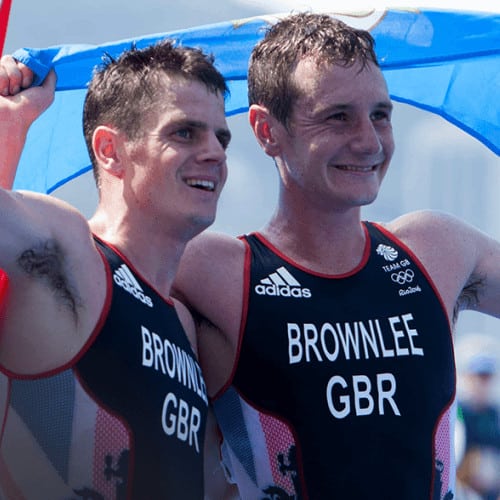 Triathlon athletes who were the first brothers to share a podium in an individual sport at the olympic games since 2008.

Alistair Brownlee, MBE is a British triathlete. He is the 2012 and 2016 Olympic gold medallist in the triathlon, and the only athlete to win two Olympic titles in the event. He is also a two-time Triathlon World Champion, winning in 2009 and 2011, a two-time World Team Champion (2011, 2014), a three-time European Champion, and 2014 Commonwealth champion.

His brother, Jonathan Brownlee, is also a triathlete, placing second in the 2016 Olympics, third in the 2012 Olympics, winning the 2012 World Championship and the last World Sprint Triathlon Championship, in addition to accompanying his brother in their World and Commonwealth mixed team relay victories.

Alistair Brownlee was appointed Member of the Order of the British Empire (MBE) in the 2013 New Year Honours for services to triathlon.