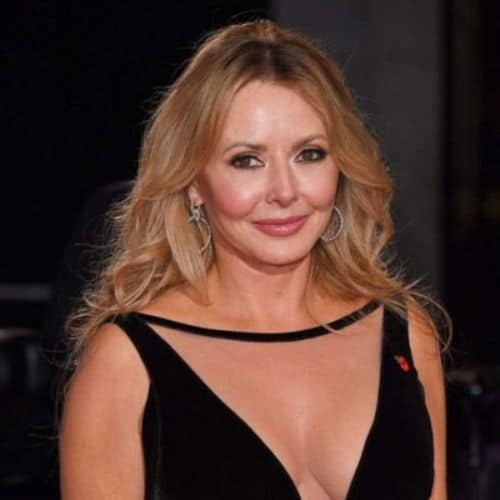 Carol Vorderman is a top quality presenter whose high profile makes her an attraction at any event as well as offering a razor-sharp mind and broad scientific, engineering and mathematical capabilities.

"Carol did such as great job with our STEM Centre launch and she is so passionate about the STEM agenda. She was also so good in helping generate a buzz after the event with her generous comments on Loose Women the next day."

Carol Vorderman MBE RAFVR is a popular British media personality, best known for co-hosting the hit game show Countdown for 26 years. Highly regarded for her razor-sharp mind and broad scientific, engineering and mathematical capabilities, she was the first woman to be seen on Channel 4 at the age of twenty-one.

As well as her long-standing career on Countdown, which has an average audience of 4.5 million viewers, Carol has been widely involved with scientific and technology related programmes both for adult and children’s viewing. These include Better Homes and The Pride of Britain Awards for ITV, as well as guest hosting shows such as Have I Got News for You, The Sunday Night Project, Lorraine and BBC TV’s Tomorrow’s World. She was an anchor of ITV’s Loose Women from 2011 until 2014.

Carol is a best-selling author; her number one best-seller, “Detox For Life” (2009), sold over a million copies. She has also written newspaper columns for The Daily Telegraph and the Daily Mirror on Internet topics. In addition, a large number of school textbooks have been published under her name, chiefly by Dorling Kindersley in series such as English Made Easy, Maths Made Easy, Science Made Easy and How to Pass National Curriculum Maths.

Carol was honoured as a Member of the Order of the British Empire (MBE) for “services to broadcasting” in the Queen’s Birthday Honours in June 2000.

Carol supports a number of charities, and is an active supporter and advocate of the RAF Association, appearing at airshows and taking part in other fundraising events.