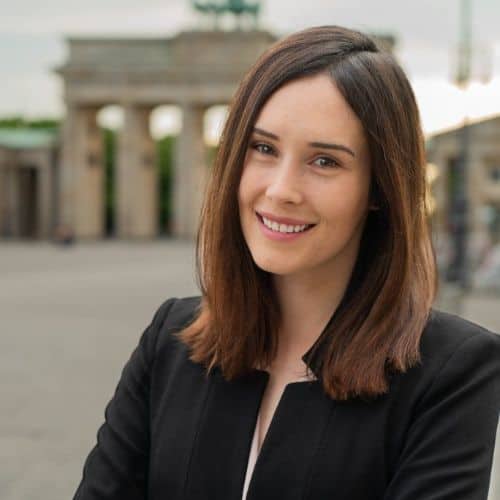 For more than a decade, Clare Richardson has been immersed in global news covering many of the world’s biggest stories for major broadcasters and other prestigious news platforms.

Who is Clare Richardson?

A highly-skilled breaking news specialist, Clare has presented rolling coverage on the U.S. 2020 elections, the port of Beirut explosion, protests in Belarus, the poisoning of Russian dissident Alexei Navalny, and multiple terrorist attacks.

As a foreign correspondent she has covered stories that include elections in Indonesia, the Christchurch shooting in New Zealand, the Trump White House and the caravan of asylum-seekers in Mexico. An experienced solo operator in the field, Clare has previously worked as a professional VJ and mobile journalist with hostile environment training. She has reported from over ten countries on topics including the environment, immigration and transatlantic relations.

Clare has also worked as a short documentary director, producing films from the Solomon Islands, Australia and the Philippines for DW News, Business Insider and BBC Reel.

Born and raised in Palo Alto, California, Clare got her start in journalism more than a decade ago in New York, where she worked as the world news editor for The Huffington Post in its start-up days. She later worked as the world section editor of Reuters.com and has taught journalism as a Lecturer at the University of Melbourne in Australia.