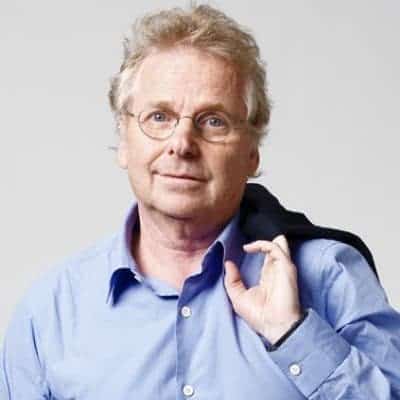 Publicist and politician, the Greens, MEP; co-president of the Greens/Free European Alliance Group in the European Parliament

Daniel Cohn-Bendit was a student leader during the unrest of May 1968 in France and he was also known during that time as Dany le Rouge (French for “Danny the Red”, because of both his politics and the color of his hair).

He is co-president of the group European Greens–European Free Alliance in the European Parliament and also co-chairs the Spinelli Group, a European parliament intergroup aiming at relaunching the federalist project in Europe.

In 1994 he was elected to the European parliament. At the European elections in 1999, he re-entered French politics as the leader of the French Green Party (Les Verts) list. He found considerable support in the French media, who often feature him, even when he does not represent or is at odds with the French Green party. In 2002 he became president of the Green parliamentary group, together with the Italian MEP Monica Frassoni.

Cohn-Bendit’s disregard for conventional European politics of left and right has made him more unpopular in France than in Germany. The French Green Party and the French left in general remain more attached to these distinctions, whereas in the German Green Party, the moderate Realo wing had already won over the hard-line Fundi wing, possible alliances with the Conservatives were no longer taboo, and third way policies under the center-left Gerhard Schröder government found considerable support. This, alongside his pro-European attitude, led him to participate in the 2004 European elections on the German side, where he became the highest male candidate on the list and was elected again.

In 2010, he was involved in founding JCall, an advocacy group based in Europe to lobby the European parliament on foreign policy issues concerning the Middle East.