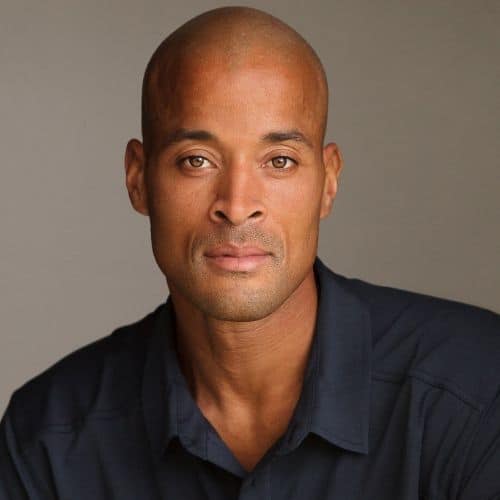 David Goggins is a retired Navy SEAL and is the only member of the U.S. Armed Forces to complete SEAL training (including two Hell Weeks), the U.S. Army Ranger School (where he graduated as Enlisted Honor Man) and Air Force Tactical Air Controller training.

"Rarely do you get to hear such an incredible story of determination. Simply put, we were all blown away."

An accomplished endurance athlete, Goggins has completed over 60 ultra-marathons, triathlons, and ultra-triathlons, setting new course records and regularly placing in the top five. He once held the Guinness World Record for pull-ups completing 4,030 in 17 hours, and he’s a sought after public speaker.

Over the years, he’s shared his story with hundreds of thousands of students across the country, numerous professional sports teams, and the staff at Fortune 500 companies.

All of the awards, medals, accolades and magazine articles mean nothing to David. That’s not why he does what he does. Although David has raised a lot of money and awareness for the Special Operations Warrior Foundation, none of this recognition is relevant to him. He’s not trying to be number one in the world. He’s not interested in how many races he’s run. He doesn’t keep track of the miles he’s gone. There’s no scoreboard.

Instead, it’s all about achieving his personal best and pushing himself well past his comfort zone. David chooses to run the toughest races and put himself through some of the hardest military training programs in the country for no other reason than to see what he’s made of. For him, physical and mental suffering are a journey of self-discovery, no other experience makes him feel more clear, focused and alive.