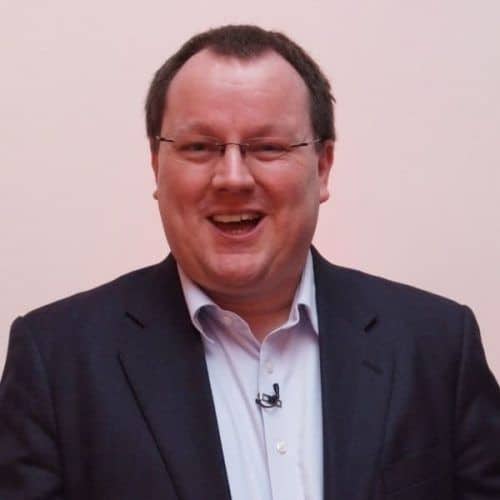 Declan Curry is one of the BBC’s most easily recognised business presenters specialising in business and economic matters.

"It went really well. Declan was a huge hit with our audience and our executive team also really enjoyed working with him."

"Declan was a star. He put the contributors at ease and kept the proceedings flowing, his jovial, yet authoritative style worked well, and he held people to account when necessary. We'll be using him again!"

"We have had so much positive feedback, he went down a storm!"

"Declan was excellent! The tone and content of his presentation was spot-on and he applied his charm and superb facilitation skills to ensure the panels were both informative and enjoyable. Ten out of ten!"

A knowledgeable and experienced speaker, Curry utilises his experience as a business presenter for BBC and his topical awareness to inform and entertain his audience with tailored talks and interviews. With over fifteen years experience as a business journalist, he became one of the BBC’s most trusted faces as a long-term presenter of Breakfast. Now the presenter of the BBC News Channel’s ‘Show Me The Money’ and Radio 5 Live’s ‘On the Money’, he continues to keep interested parties from all walks of life informed about economic matters.

Born and brought up in County Tyrone, Northern Ireland, Curry moved to London in order to study chemistry at Imperial College. During his time at university, he worked for the college’s radio and news networks, honing his journalistic and presenting skills.

Curry worked on the BBC’s News Channel since it was launched in 1997. During his career at the BBC, he also worked on the corporation’s World News channel, Radio 4 and Radio 5 Live.

Between 2008 and 2010, he was a co-presenter of Working Lunch with Naga Munchetty. Often reporting on occurrences at the London Stock Exchange, his bulletins have proved invaluable to organisations from all sectors.

In addition to his work with the BBC, Curry has worked for the USA’s ABC News and for London’s Biggest Conversation (LBC) Radio. He has written extensively for high profile newspapers and magazines at home in the UK, in the Republic of Ireland and in the USA.