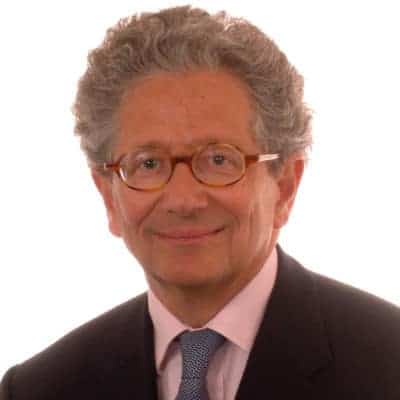 Dominique Moisi is a French political scientist and politics speaker best known for being one of the most revered political international relations experts in the world. He was a co-founder and is a senior advisor of the Paris-based Institut Français des Relations Internationales (IFRI), Pierre Keller Visiting Professor at Harvard University, and the chairholder for Geopolitics at the College of Europe, the oldest educational institution in European affairs, in Natolin.

"Rich in intelligence and insight. . . . Today’s reflex is to strive for simplicity. Dominique Moïsi performs the infinitely more valuable task of making sense of the cacophony of complexities that shape our world."

"Compassionate. . . . A clear-sighted plea for understanding ‘the Other’ in the age of globalisation."

"Dominique Moisi, explores the role of three potent emotions—hope, humiliation and fear—in shaping the world we live in today and might live in tomorrow."

"(Moisi) shows how globalization has forged a new world disorder defined as much by clashes of emotions, as divisions over interests and power."

"Groundbreaking. . . . An astonishingly creative response to Samuel Huntington’s The Clash of Civilizations."

Dominique is also a Fellow at CEDEP, the European Centre for Executive Development, and regularly contributes op-ed articles plus essays to the Financial Times, Foreign Affairs, Project Syndicate, Die Welt and Der Standard.

His work within French and international politics make Dominique an impressive politics speaker – he has headed up many important European initiatives and is a member of the European Council on Foreign Relations and the International Advisory Council of the Moscow School of Political Studies.

Further complementing his work as a political speaker, Dominique has also authored a number of papers, including a trilateral (British-German-French) series with Timothy Garton Ash and Michael Mertes, highlighting the importance of the modernization of the European Union.

As a politics speaker, Dominique is often called upon to discuss the current status of the future of the European Union. He is an expert on international relations whilst his work as a politics speaker often centres on the changing political landscape of Europe.