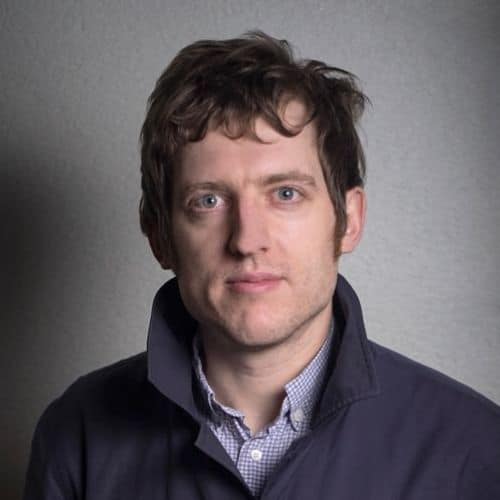 Elis James is a stand up, actor and radio presenter. Best known for presenting a show on Radio X with John Robins, Elis and John have just moved to the Friday, 1-3pm slot on BBC Radio 5live, following a five year stint on Radio X which spawned a spin off book, and saw the two perform sell out shows at the Shepherd’s Bush Empire, Kentish Town Forum and Hammersmith Apollo. From a strong cult following, the BBC 5live show with Elis and John has an ever-growing reach, leading them to win the Gold Award at the ARIAs 2020 for Funniest Show.

Alongside his BBC Radio 5live show, Elis has just launched a new podcast with John Robins on BBC Sounds called How Do You Cope? In this new podcast they will be chatting to various guests about hurdles and setbacks they have occurred but reflecting with light and laughter.

As an actor Elis has played the lead in BBC3 sitcom Crims, and played the character of Owen in three series of Josh Widdicombe’s sitcom Josh (BBC3). In 2018 he starred alongside Rafe Spall in the film Denmark (to be released in 2019) and the BBC Wales sitcom Tourist Trap alongside Sally Phillips, the second series of which is being filmed over the summer of 2019. He has played the lead in BBC Radio 4’s Ankle Tag alongside Katy Wix and Steve Spiers, and has just recorded a sitcom for Radio 4 with Jack Dee and Harry Hill. Away from comedy, Elis has starred in 7 series of the drama Curious Under the Stars for Radio 4.

As a stand up comic Elis has appeared on Russell Howard’s Good News (BBC3), Dave’s One Night Stand (Dave), Live at the Comedy Store (Comedy Central) and The Rob Brydon Show (BBC2). He has appeared as a panellist on Mock the Week, Eight Out of Ten Cats and Eight Out of Ten Cats Does Countdown. He has also appeared as a panellist on Radio 4 shows such as The New Quiz, The Unbelievable Truth, It’s Not What You Know and The Now Show.

As a writer Elis was nominated for a Celtic Media Award and a Radio Academy Award for the historical sketch show Pantheon of Heroes. He also wrote two series of a sitcom Social Club FM (Radio Wales/4Xtra) and was one of the writers and performers on the sketch show Here Be Dragons on Radio Wales, which won a Bronze Sony Award and was also nominated for a Celtic Media Award. He has written for Channel 4’s Stand Up For the Week and Isy Suttie’s Love Letters. Elis has an MA in Modern History, and made In Wales the Ball is Round, a two part documentary for Radio 4 on Welsh sport and identity. He also filmed an episode of Al Murray’s Why Does Everyone Hate The English for History.

As a big football fan, Elis made a series of videos covering Wales at the 2016 European Championships for BBC Wales called Elis in Euroland, which were viewed over a million times. Elis James’ Feast of Football, the football podcast he hosts with ex Wales internationals Iwan Roberts and Danny Gabbidon was nominated for the New York Radio Academy Best Sports Podcast Award in 2018. Elis is a regular panellist on the Guardian Football Weekly podcast, and also on 5Live’s Fighting Talk, reaching the Champion of Champions Final in 2017.

Elis’ first language is Welsh, and he has written two stand up shows for S4C (the Welsh language channel 4), both of which formed part of the channel’s Christmas schedule. He has also written a sketch show Cic Lan Yr Archif which was nominated for a 2019 Celtic Media Award. Elis has also released a 3 part series on BBC One, Elis James: Funny Nation in which he explores the history of Welsh comedy alongside Welsh comic icons – Ruth Jones, Rob Brydon and Rhod Gilbert.