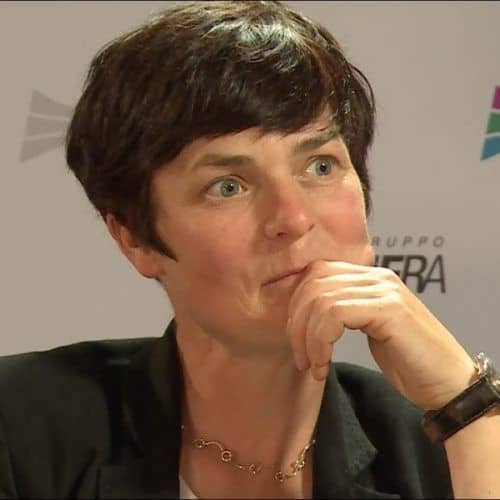 An inspirational sailor and adventurer with diverse interests, Dame Ellen MacArthur can keep an audience captivated.

Dame Ellen MacArthur has experienced challenges and adventures that many individuals can only imagine. Her stories are inspiring and captivate in a way only true life events recounted can. Her desire to assist others to achieve what they aspire to is evident, as is her passion for sailing and her charitable causes.

She first reached the attention of the press in 2001 when she sailed around the globe single handedly aged just 24. Since then she has set sailing world records and won some of the most challenging sailing races in the world.

Born on the 8th of July 1976 in Derbyshire, England, as a child she was inspired to sail when reading the Swallows and Amazons series.

Having experienced sailing for the first time with her Aunt, Ellen decided that sailing was definitely her passion. She saved up any spare money she had in order to purchase her first boat and after eight years had enough for Threp’ny Bit, an eight foot dinghy. After growing more capable and confident, Ellen purchased a Corribee when she was 17. Within a couple of years of owning the boat, she had sailed it around the British Coast single-handedly.

By 1997, Ellens sailing ability and confidence had grown even further and she took part in the Mini Transat, a solo transatlantic race, in her yacht Le Poisson. She finished in 17th place. Following her success, she was chosen as Yachtsman of The Year by the UKs Royal Yachting Association and BT.

In 2001, Ellen single-handedly sailed around the globe in 94 days, without stopping, winning second place in the competition. She was just 24 years old and her achievements hit the headlines, making her a household name.

The next year, Ellen won the Route du Rhum, a sailing race from France to the Caribbean.

In 2004, Ellen made her first attempt to break a sailing world record. Her aim was to beat the record time for sailing across the Atlantic from West to East. Unfortunately, Ellen did not succeed to achieve the overall record time, missing out by about an hour and a quarter, but she did set the record for women, with a time of 7 days, 3 hours and 50 minutes.

Later the same year, Ellen set a yet more enviable world record; the fastest person to single-handedly circumnavigate the globe, with a time of 71 days, 14 hours, 18 minutes and 33 seconds.

Ellen is keen to use her fame as a sportsperson to enable her to assist good causes. In 2003, she founded the Ellen MacArthur Cancer Trust, a charity which works with children and young people following treatment for cancer, allowing them to experience sailing.

In 2010, after spending a lot of time researching and discussing matters relating to the use of global resources (many of which are in limited supply), Ellen began the Ellen MacArthur Foundation.

The aim of the foundation is to help promote sustainable business and a circular economy.

Ellen is patron of the Nancy Blackett Trust, the owners of Arthur Ransomes (the author of the Swallows and Amazons series) yacht and patron of the Big Bang Fair, a since fair for young people.