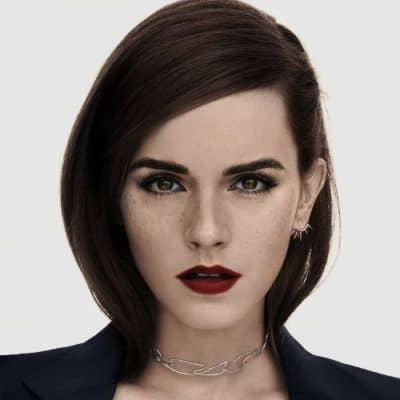 Emma Watson is a gender equality advocate for the He for She movement. The British actress is best known for her role as Hermione Granger in the Harry Potter series of movies.

Celebrity speaker, model and English actress most famous for her portrayal of Hermione Granger in the legendary film series, Harry Potter.

Adapted from British author, JK Rowling’s bestselling novel, Harry Potter and the Sorcerer’s Stone, Emma auditioned for the first movie at the age of nine and was cast for one of the three main roles alongside Daniel Radcliffe, playing Harry Potter, and Rupert Grint who played Ron Weasley.

Since her success in the Harry Potter films, Emma has continued her rise to fame with starring roles in My Week with Marylin in 2011 where she starred alongside famous actress Michelle Williams, Noah, The Bling Ring, The Perks of Being a Wallflower in 2012 and This Is the End in 2013 where she showed her comedic talent along with popular comedy actors Jonah Hill, Seth Rogan, Danny McBride and award-winning actor James Franco.

2015 was a big year for Watson; starring in Colonia, a live-action adaptation of Beauty and the Beast, Regression alongside Ethan Hawke and The Circle.

Emma is also known in the fashion world for her style choices. In 2011 British Elle and fashion designer Vivienne Westwood awarded her with the Style Icon award. She partnered with Burberry as their celebrity spokesmodel in 2009 – 2010 and was chosen to be the face of Lancôme in 2011. Watson has been featured in People magazine, Cosmopolitan, Teen Vogue and many other publications for her style and beauty. In 2014 she was named a Goodwill Ambassador in gender equality for the United Nations.