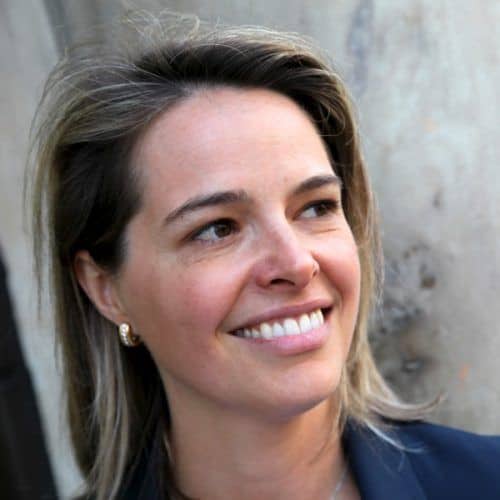 Ranked among the Top 50 world’s most influential management and business thinkers on the 2021 Thinkers50 list, Erin Meyer is a specialist on cross-cultural management, her evaluation of different cultures has resulted in a strategic framework for organizations seeking international success.

"I highly recommend this book to both the professional and leisure reader. Erin has shown herself to be one of the main representatives of the next-generation scholars who combine deep conceptual models with very practical applications. A must-read!"

Fons Trompenaars,
Author of Riding the Waves of Culture,

"Whether you are sitting at a desk in Boston or eating at a restaurant in Beijing, communicating across cultures is the great challenge of the global economy. Getting it right will be the difference between success and failure. Erin Meyer shows you how to get it right."

Des Dearlove and Stuart Crainer,
Founders of the Thinkers50,

"A blueprint for international leadership, it offers practical tips to help directors and teams separated by geography and culture to work together effectively."

Erin Meyer is a professor at INSEAD, one of the leading international business schools. Her work focuses on how the world’s most successful managers navigate the complexities of cultural differences in a global environment. She offers cutting-edge insight and practical strategies to improve the effectiveness of projects that span the globe.

Living and working in Africa, Europe, and the United States prompted Erin Meyer’s study of the communication patterns and business systems of different parts of the world. Her framework allows international executives to pinpoint their leadership preferences, and compare their methods to the
management styles of other cultures. Erin has taught thousands of executives from five continents to decode cross-cultural complexities impacting their success, and to work more effectively across these differences.

Erin’s work at INSEAD includes directing the Leading Across Borders and Cultures program.

Erin publishes frequently in Harvard Business Review. Her December 2015 HBR article “Getting to Si, Ja, Oui, Hai, and Da” was the most read HBR article of 2015. She has also published in the New York Times Sunday paper, Forbes.com, and The Times of India. She has been interviewed on CNN, Bloomberg TV, the BBC, and NPR. Her case, “Leading Across Cultures at Michelin,” won the ECCH 2010 European case award for best human resources management case of the year.

Most recently in 2019 Erin was listed by the Thinkers50 as one of the fifty most impactful business writers in the world and in 2018 she was selected by HR magazines as one of the top 30 most influential HR thinkers of the year.

Erin’s most recent book “No Rules Rules: Netflix and the culture of reinvention” published in September 2020 and co-written with Netflix’s founder and CEO Reed Hastings is a New York Times bestseller and has been shortlisted for the Financial Times best business book of the year. It describes for the first time the corporate philosophy and set of management principles that have made Netflix one of the most innovative companies in the world.

Prior to INSEAD Erin was a Director of Training and Development at HBOC and a Director of Business Operations at McKesson Corporation.

The Culture Map: Breaking Through the Invisible Boundaries of Global Business

In this talk, Erin Meyer offers a highly practical and timely perspective on one of today’s most pressing business issues: how do different cultures influence the way to do business when working globally? Even those who are culturally informed, travel extensively, and have lived abroad often have few strategies for dealing with the cross-cultural complexity that affects their team’s day-to-day effectiveness.

No Rules Rules: Developing a Culture of Reinvention

In this talk culture guru Erin Meyer explores a counter-intuitive set of principles for how to build an organizational culture for today’s information age based on extensive research conducted with Netflix CEO Reed Hastings (and detailed in their new book No Rules Rules). Whether it’s Freedom and Responsibility, Radical Honesty, or The Keeper Test, Meyer lays out a proven, systematic method for building, maintaining an enhancing a corporate culture that breeds speed, flexibility and innovation across the organization.

Building a Team Culture of innovation, speed and flexibility