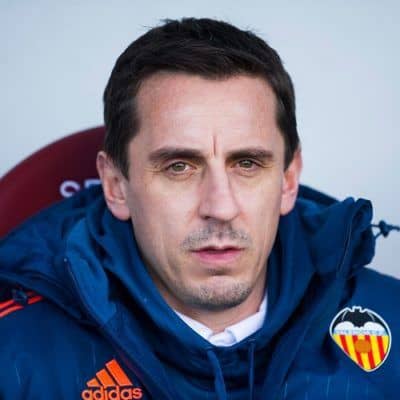 Prolific defender Gary Neville is England’s most capped right-back having achieved 85 senior caps before retiring from International duty in 2007.

Former Manchester United captain, Neville made 400 appearances for his only club having risen through the youth ranks. A member of the famous youth team that included David Beckham, Ryan Giggs and Neville’s brother Phil, Gary has ensured life after professional football is still fruitful by becoming part of the England Senior squad coaching staff as well as undertaking a punditry role with Sky Sports.

As well as his prior engagements, Gary Neville has forged a reputation as a popular after dinner speaker and football speaker at a range of events.

A real work horse, Neville is renowned for giving 100% into everything he does; a one club man he has displayed his honourable qualities and is passionate for what he loves and believes in: perfect attributes for a sports speaker. A favourite football speaker for many, Gary Neville’s commitment and dedication to his sport has seen him win a multitude of accolades with Manchester United including 8 Premier League titles and 2 Champions League trophies.

An intellectual individual who has the ability to encapsulate his career and experiences expertly as a sports speaker, it is undoubtable the Gary Neville’s attendance at your event or occasion as an after dinner speaker will ensure it lives long in the memory.

Cited as one of the best pundits currently on television, Gary Neville has enjoyed real success with Sky Sports as part of their MNF: Monday Night Football coverage. Joining forces with old adversary Jamie Carragher, Gary Neville’s analysis of football is impeccable; his ability to pick and examine aspects of football is phenomenal, a skill which reinforces his superiority as a football speaker.

Passion and dedication, honesty and integrity and a true love of the game are words which describe Gary Neville perfectly. His ability as an after dinner speaker is impeccable and his attendance at your event is sure to raise its profile incredible.