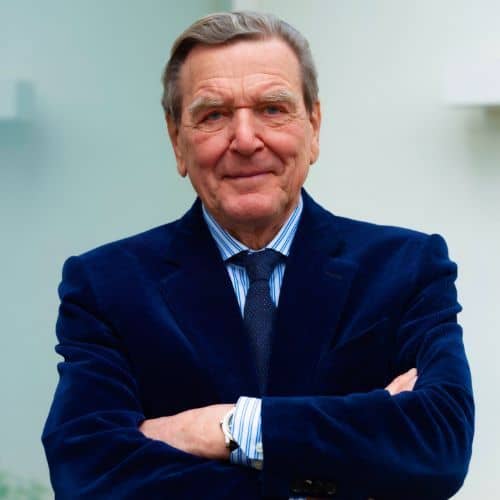 Gerhard Schröder was the first of a new generation of vibrant German leaders. He took on the newly reunited Germany and boldly ushered the world’s third largest economy into the 21st century.

In the 1980s and 90s, Schröder was part of German parliament. In 1990, he was elected the Prime Minister of Lower Saxony. On October 27th 1998, Gerhard Schröder was sworn in as the 7th Chancellor of Germany at the age of 47. He remained Chancellor until 2005.

The ongoing corona pandemic is clearly a challenge for everyone – for politics, business, the world of art and culture and, above all, for citizens worldwide. In these uncertain times, people look for guidance and for voices and arguments with which they can identify.

Gerhard speakers on a variety of themes including:

Mr. Schröder will be happy to answer these questions in more detail, also in digital formats.