Dr Helen Turnbull is the CEO of Human Facets and the author of three psychometric assessment tools on Unconscious Bias, Inclusion and the Gender Gap. She has a deep knowledge and understanding of what it takes to create an inclusive environment.

Dr Helen Turnbull’s PhD dissertation research was on stereotype threat, covering and internalized oppression across cultures and she has a deep knowledge and understanding of what it takes to create an inclusive environment.

She is the author of three psychometric assessment tools on Unconscious Bias, Inclusion and Gender – Cognizant; ISM profile and the Gender Gap. She also has an E-Learning program on Unconscious Bias and Inclusion. Dr Turnbull has recently developed a new model on the complexity of embedding an inclusive workplace culture and writes about it in her book “The Illusion of Inclusion”. She keynotes on these topics globally and has spoken to senior executives in Australia, Asia, Europe, UK, Canada, Latin America and the USA.

Dr Turnbull has five award-winning clients, having made major contributions in assisting Texas Instruments to win the Catalyst Award and was instrumental in developing programs for both J. P. Morgan Chase and Citigroup Europe to win the prestigious Opportunity Now Award and Business in the Community Awards. Commonwealth Bank of Australia also won the 2012 Catalyst Award attributing the win in part to Cognizant, an Unconscious Bias tool developed by Dr Turnbull and QBE Insurance Australia has been named Australian Employer of Choice in 2015 attributing their win in large part to Human Facets work on Unconscious Bias and Inclusion with 450 of their top leaders.

In addition to her PhD, Dr Turnbull has two Masters Degrees in Organizational Behavior and Mental Health Counselling and an Under-Graduate Degree in Psychology and Sociology from the Open University. She was also President of the Open University Students Association and in that role, has had lunch with the Queen and Prince Phillip, attended The Garden Party at Buckingham Palace and met former Prime Minister Harold Wilson and Baroness Jenny Lee.

In 2009, she won the “Distinguished Research Award” for a journal article – “Diversity & Inclusion: Developing an Instrument for the identification of Skills deficiencies” published in the Academy of Strategic Management Journal and is also published in the Organizational Culture, Communications and Conflict Journal and the Reflective Practitioner Journal. Her latest book, published in August 2016 is “The Illusion of Inclusion” which is her seminal work on this topic.

She is a CSP (Certified Speaking Professional) member of the National Speakers Association, and one of only 33 worldwide Global Speaking Fellow members of The Global Speakers Network and an accomplished keynote speaker, particularly in the area of Global Inclusion and Unconscious Bias. 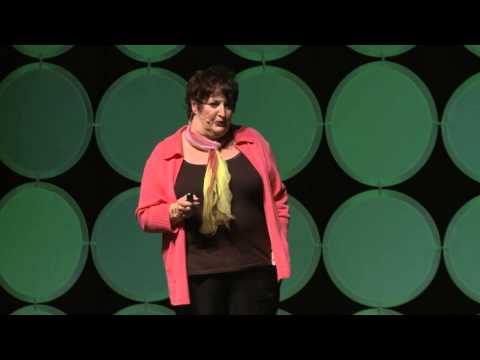 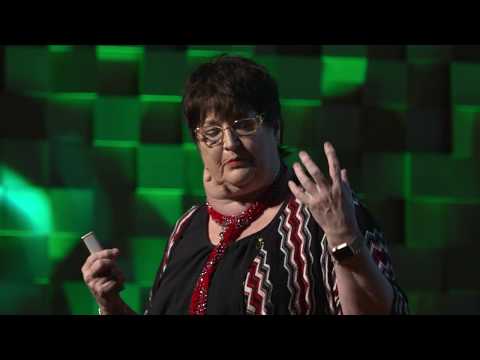 Million Dollar Consulting and over 60 other books

Helen Turnbull manages the rare feat of engaging audiences with good humor and energy on the highly serious subject of unconscious bias in the workplace. Her global experience, outstanding results, and great empathy with people at all levels create not merely awareness, but an urgency to improve and progress. Her enthusiasm is infectious and she creates immediate focus, action, and behavior change.'

'Dr Helen Turnbull is a professional speaker and recognised expert in the field of global inclusion and unconscious bias. The Commonwealth Bank of Australia has engaged her as a keynote speaker on a number of occasions, where she has delivered outstanding presentations to senior leaders and high performing talent. She has also facilitated unconscious bias workshops to over 1,500 of our top executives, which were very positively received. The content of her presentations is always of a very high standard, content-rich and delivered in an engaging way, considering the needs of different learners in the forums. Dr Turnbull's communication style is very professional and she is able to adapt to the meet the needs of the audience, holding their attention. I am very happy to recommend Dr Turnbull to other organisations and conference managers as an exemplary presenter, keynote speaker and facilitator.'

'Dr Helen Turnbull partnered with QBE Insurance, Australia New Zealand Operations throughout 2013 and 2014. Helen delivered Board and senior leader presentations and rolled out Unconscious Bias training to 411 of our leaders. The key elements of the Unconscious Bias training were leader briefings, online assessment, result analysis and debriefing of results. Helen partnered with our Executive team both in an individual and group capacity to ensure our results were understood from the top down. We have since gone on to win the best diversity & inclusion workplace award at the National HR Awards in 2015 and credit Helen's work in helping the HR team move the conversation internally from one of diversity to one of inclusion and respect.'

'Thank you for delivering the keynote speech at our Conference on Fair & Progressive Employment Practices 2015 in Singapore entitled 'Inclusiveness: Advancing Workplaces in Singapore', organised by the Tripartite Alliance for Fair and Progressive Employment Practices on 9 & 10 April 2015. There was resounding positive feedback from our tripartite partners, board members and participants at the conference on your speech as well as the break-out group which you helmed. Your keynote presentation on Unconscious Bias (UB) provided the participants with excellent information on the different types of biases, and how they can impact our daily interactions and behaviours as well as the business implications of such behaviours. The presentation material was rich in content and relevant to the target audience and very well received.'

'Dr Helen Turnbull is a professional speaker and Global Thought Leader in the field of inclusion and unconscious bias. National Australia Bank engaged her in 2010-2012 to work with 450 of our executives on an Unconscious bias and inclusion program, where she delivered outstanding presentations to senior leaders. The content of her presentations is always of a very high standard and delivered in an engaging way. She shares research from her Unconscious Bias and inclusion assessment tools with her audience in a way that allows them to understand the need for change. Her ability to relate to her audience or participants is very effective and non-threatening and she provides people with a safe space to explore often difficult and sensitive issues. As a trainer in the Unconscious Bias and Inclusion space, she has a depth of knowledge that is unparalleled and she has a unique ability to not only be an excellent speaker and communicator but to also deliver value-added insights that impact the bottom line for our leaders. I would have no hesitation in recommending Helen as a keynote speaker or consultant/trainer for any client looking to move their organisation towards a more inclusive environment.'

'Helen, I don't have words to say how incredibly lucky and fortunate we have all been to have you speak at AIEC. Your talk touched people in so many ways and your words, insights and story-telling was a highlight of our program. I would not exaggerate in saying that it was probably the best opening keynote at AIEC. The feedback has been phenomenal and I have no doubt app and survey feedback will reiterate this. The talk itself was both inspirational and practical, and I truly believe had an impact on how delegates interacted and conversed on topics throughout the rest of the conference and will have an impact beyond the 4 days of the conference. I heard some very positive feedback also about the Q&A session.'

'Helen was a known expert in the field of diversity and organisational development in the US, but it is to her great credit that she managed to translate and sell the concepts to a wholly sceptical and initially unreceptive multi-national audience in the London office. The Leading Diversity 1-day training programme that she delivered over a two year period to in excess of 1500 officers and staff of the bank was the most ambitious and successful training intervention ever introduced in Europe. Helen's skills as a facilitator are second to none. She is intuitive, fluid, articulate and natural, spotting and heading off potential 'hot spots' and providing an environment where people feel safe to express their views and know they will be heard. Her antenna is always up, yet she appears at complete ease with her audience and never radiates anything but calm and control. But Helen has much more to offer than just stand up training and facilitation. Her OD skills are fabulous and her holistic approach to culture change is practical and realistic yet inspirational. Whatever she does, she takes people with her and makes the journey seem immensely worthwhile. As a business partner, Helen is an exceedingly reliable and diligent colleague, working seamlessly to ensure that goals are delivered and targets are met. You feel reassured when working with Helen that everything is possible and will be done to the highest standard. I recommend her to you most highly.'

'I would highly endorse Dr Helen Turnbull as that rare Diversity and Inclusion (D&I) speaker, who brings authenticity, compassion and depth to an otherwise difficult topic. By deft use of humour, she is able to help people face difficult truths, enabling them to laugh at their own blind spots while driving home critical points. She shares memorable stories that everyone can relate to. She is selective in sharing her own D&I journey - only when they will help make learning points. As a master trainer of D&I facilitators, she builds their knowledge with data from her own research as well as leading industry sources. More importantly, she models for them the sensitivity and self-awareness needed for D&I facilitation. She is courageous in calling out subtle behaviours like non-inclusion, bias, and inauthenticity. She is highly accessible to participants, so they are not daunted by her academic credentials, and instead feel drawn to her humanity.'

'Hi Helen, once again, thanks for a great kick off to inclusion Week. I continue to get very positive feedback from those who were able to attend either live or through our live meeting. One HR VP shared in a meeting - 'it was one of the best, if not the best, talk on diversity and inclusion I have ever heard.' He, by the way, is a seasoned HR leader.'

Dr Turnbull's keynote blends humour, relevant anecdotes and proven research from her own assessment tools to demonstrate why we need to pay better attention to the complexities of inclusion and to understand the impact of unconscious bias on the quality of our decisions.

Adjusting your Mirrors and Managing your blind-spots

Embedding Valuable New Behaviours into the Fabric of Your Organisation.

To enquire about booking Helen Turnbull, email info@speakersassociates.com or complete this form.