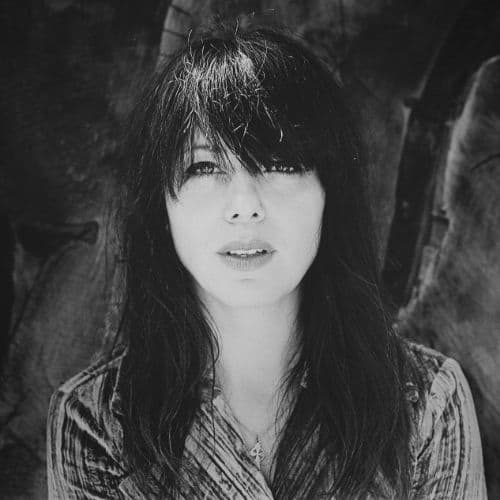 Born and raised in The Liberties area of Dublin, Imelda has become one of Ireland’s most celebrated female artists in history.

Her 2008 self-written and produced album ‘Love Tattoo’ is the best-selling album of all time by a homegrown female artist in Ireland and her most recent album “11 Past the Hour” marks her fourth Number 1 album in Ireland and fourth Top 10 in the UK.

Imelda’s recent albums are a departure from her early rockabilly revival style, with a sound that sits firmly outside of any sharply defined genre box, widely spanning blues, rock, soul, gospel and jazz. Imelda was discovered by Jools Holland, who asked her to support him on tour, she has gone on to perform alongside legendary artists including Lou Reed, Bono, Tom Jones, Noel Gallagher, Elvis Costello, Van Morrison, Smokey Robinson and even joined Hollywood actor Jeff Goldblum on his debut album The Capitol Studios Sessions and Ronnie Wood on his Chuck Berry tribute album ‘Mad Lad’ and tour. She has performed all over the world in front of royalty and politicians such as Obama and at the 52nd Grammy Awards with Jeff Beck.

Her performance of the Irish national anthem ahead of the Floyd Mayweather/Conor McGregor fight in Las Vegas in 2017 had a reported TV audience of 1 billion people across 200 countries. Imelda has co-hosted BBC’s Later with Jools Holland and presented her own series “The Imelda May Show” for RTE Ireland in 2018.

2021 saw her shoot her first major film role opposite James Purefoy in “Fisherman Friends 2”, due for theatrical release in 2022, and she will present the SKY Arts literary travelogue series “The Voices of Ireland”. In 2021 Faber Music published the debut poetry collection by Imelda May, entitled A Lick and a Promise.