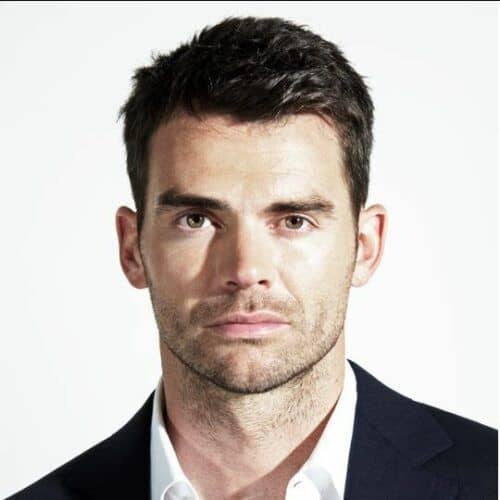 England’s most successful bowler of all time

James ‘Jimmy’ Anderson OBE made his first-class debut for Lancashire at the age of 19, his England ODI debut at 20 and has become an integral part of England’s rise to the number one Test team in the world.

James’ skills as a prolific fast bowler have been particularly apparent in Test cricket where his command of swing bowling, especially on his home grounds, has been the stuff of artistry, bearing comparison with any swing bowler in any age. No Englishman in the history of the game has more International wickets than James and he made in history in 2020 by becoming the first fast bowler to take 600 wickets in Test match cricket.

Off the cricket pitch, James co-hosts popular podcast Tailenders for BBC Radio 5 Live alongside cricket fanatics Felix White & Radio1’s Greg James.  He also released two books – 2019’s light-hearted take on his observations of cricket “Bowl Sleep Repeat” which featured in the top 5 of The Times non-fiction bestsellers chart and “Jimmy – My Story” in 2012, which documented the highs and lows of his cricket career through injury and triumph.

James has successful brand partnerships with a number of key brands including Adidas, Slazenger and Jacamo. James has previously worked with Wellman, Brut and various other lifestyle brands. James also has a keen interest in fashion and, in the Summer of 2014, released his own 22-piece capsule collection in conjunction with Chess London. He also has his own collection of wine.

Not one to shy away from something new, James executive produced the documentary Warriors following a group of young Maasai who, in a remote region of Kenya, have remarkably formed a cricket team. They relate the sport to their traditional hunting techniques – the ball is the spear, the bat is the shield – and their flowing red robes in full flight are an awesome sight. The film follows the team as they pursue their dream of reaching England, the home of cricket, and test themselves in the amateur Last Man Stands World Championship.

In 2019 he also featured in the hard-hitting documentary The Edge, which documents the highs and lows of the England Test Cricket team from 2009 to 2013.

James is a proud ambassador for various charities including Nordoff Robbins, The James Milner Foundation and the LCCC Foundation.

James lives with his wife Daniella and children Lola and Ruby in Cheshire.