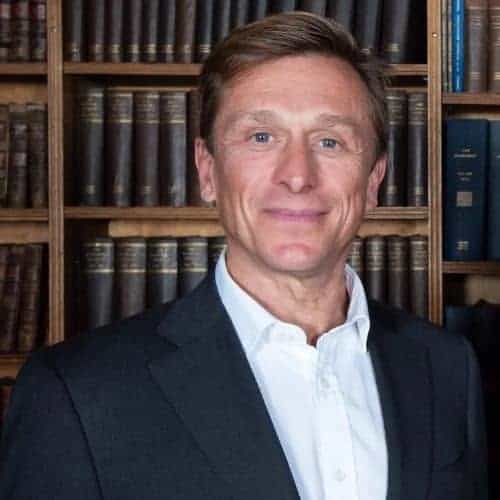 Founder of Peace One Day and documentary filmmaker

After a successful career acting in film and television, Jeremy began making films in 1995 and in 1999 founded the non-profit organisation Peace One Day to document his efforts to establish the first ever annual day of global ceasefire and non-violence with a fixed date.

"We were lucky enough to have Jeremy Gilley speak at a Marketing Academy Merlin Lecture in February 2014 and we were blown away by how passionate, inspirational, funny and honest he is. Jeremy shared the story behind Peace One Day and all that he has done to make a simple idea an international movement. He takes an audience on the journey with him and they leave not only inspired but actively wanting to participate. If you get an opportunity to hear Jeremy speak please take it, it’s a priceless experience and one that will certainly put your day in perspective."

"Jeremy was simply inspirational. His energy flowed off the stage and by the end of his talk half the audience seemed ready to join the Peace Day crusade."

"Sunday was brilliant! The day was all business and marketing speakers so having Jeremy at the end was a real surprise to everyone there...I hope Jeremy enjoyed it as much as we did. It was an absolute pleasure having him there."

In September 2001, as a result of Jeremy’s efforts, a General Assembly resolution was unanimously adopted by UN member states, establishing 21 September as an annual day of global ceasefire and non-violence on the UN International Day of Peace – Peace Day. To prove the day can work, Jeremy and Peace One Day Ambassador Jude Law travelled to Afghanistan to spearhead a campaign that, over the years, has resulted in 4.5 million children being vaccinated against polio in hitherto unreachable areas, as a result of Peace Day agreements in the region.

Peace One Day’s objective is to institutionalise Peace Day making it a day that is self-sustaining, an annual day of global unity, a day of intercultural cooperation on a scale that humanity has never known. In 2016 it is estimated that 2.2 billion people were exposed to the Peace Day message, 940 million were fully aware of the day, resulting in around 16 million behaving more peacefully (McKinsey and Co).

Jeremy has spoken at a number of high-profile conferences including giving the closing speech at the TED Global 2011 conference in Edinburgh and speaking at the 2012 3rd annual One Young World Summit in Pittsburgh, USA. Jeremy is the author of a children’s book The Making Of World Peace Day, illustrated by Pulitzer Prize-winner Karen Blessen, published by G.P. Putnam’s Sons, a division of Penguin Young Readers Group. In 2019, Jeremy produced the Peace One Day 20th Anniversary Celebration at the Shakespeare’s Globe Theatre, London, featuring special guests such as, Jude Law, Sting, Mark Rylance, Emeli Sande and many more.

In 2020, Jeremy became an Alumni of the Institute of Real Growth and joined as an Advisor to Football for Peace Social Justice Pillar. On the 21st of September 2020, Peace One Day responded creatively to the COVID-19 pandemic with a Live Global Digital experience. Jeremy and Jude Law produced 12 hours of dynamic online content with influential panel discussions, special interviews, live moments from every continent, Words of Peace from leading actors, and music from international artists. In 2020, 2,658 articles mentioning Peace One Day were published on Peace Day, which could have been read 9 billion times, 4.5 times more than 2019.

On 21st March 2021, the International Day for Elimination of Racial Discrimination, Peace One Day in association with the Office of the United Nations High Commissioner for Human Rights presented the Anti-Racism Live Global Digital Experience, produced and directed by Jeremy Gilley, the broadcast saw an engagement with a total 310,566 views on Twitter.

Jeremy is available to speak on a number of topics, including social and humanitarian issues, entrepreneurship; motivation, leadership and team building; world affairs as well as overcoming adversity.