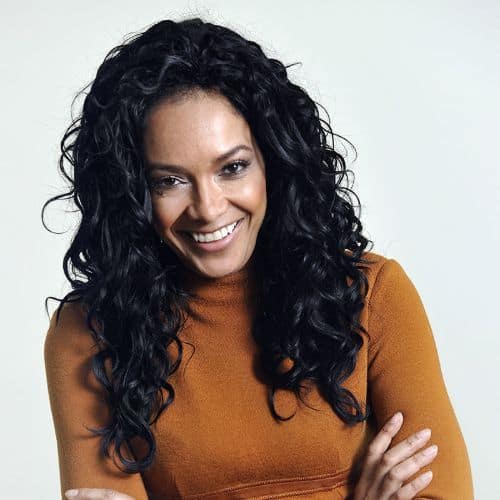 Founder of the international Mobo Awards, the largest urban music awards in Europe

Kanya King MBE is living proof of the old adage that a genuine leader molds rather than seeks consensus. An internationally renowned entrepreneur through her role as CEO, founder, and visionary, of the MOBO Awards, Kanya has displayed the rare drive and ambition needed to help take black music from the margins of British popular culture, made by disenfranchised artists, to the heart of the mainstream culture in the UK and around the world.

"Kanya is an inspiration to women around the world! Listening to her journey really kicked off the launch of our diversity & inclusion program. Her endless energy and positivity shines through in her speaking. Our employees left feeling motivated, invigorated and compelled to follow their dreams."

"Thanks again for your tremendous contribution to our conference on Friday. The feedback has been outstanding from delegates and sponsors and the tweeting was just unprecedented for IoD – UK wide, not just here."

"It was great to have Kanya to speak – we have received some great feedback and our audience loved hearing your story."

"You were one of my guest speakers at The Evening Standard Business Connections at The Emmanuelle Centre and as everyone agreed on the night, you absolutely brought the house down. The general theme was 'beating the odds' and by sharing your story with all the attendees you more than proved to everyone that anything is possible no matter where you come from or what difficulties you face. The one thing that stood out to me more than anything that night was that you spoke to every attendee who was clamoring to hear your pearls of wisdom - I have never seen anything like it before or since. You were so generous with your time. Your place on our Evening Standard Top 1000 Most Influential Londoners was very well deserved. I really hope that we work together again one day, you are one incredible lady!"

Louise Henry,
Head of Events,
Evening Standard and The Independent

"Thank you for your contribution to our Staff Development Festival Faculty Day last week. Feedback from colleagues has been very positive and we found your talk both inspirational and moving. Thank you for weaving in the themes we discussed and for answering questions from the floor. I am so pleased you were able to join us for the day and it was a privilege to meet you. Thank you so much for helping to make our day such a resounding success."

Since the organisation’s inception in 1996, Kanya has built MOBO into a globally respected brand, that engages with business and political leaders and allies with cultural icons and creative visionaries. With Kanya’s expert guidance, the MOBO organisation has established itself as a champion of diversity, inclusion and recognition for BME talent within music, culture, arts, fashion, media and larger society as a whole.

Hugely in demand as a media figure and a go-to person for public speaking at community, educational and corporate events, Kanya is no stranger to giving inspirational addresses to everyone from the British Library and Leeds Metropolitan University to Morgan Stanley and the Scottish Institute For Enterprise as well as various engagements on the Continent. She has achieved widespread recognition having been bestowed with a series of honors.

Kanya is a very experienced and accomplished Public Speaker. She has had the pleasure of speaking at varied events and a diverse group of clients have enjoyed her inspirational life story and benefited from tips for budding and established entrepreneurs alike. She’s been hosted at community, charity, student and corporate functions including The House of Commons, Universities and Banks and at numerous business events and conferences.

Always an innovator, Kanya sees obstacles as opportunities and has had a lot of practice at persuading people to come around to her way of thinking. The youngest girl of nine children born to a Ghanaian father and Irish mother, Kanya grew up in a crowded council flat in Kilburn, North London in notably less enlightened times.