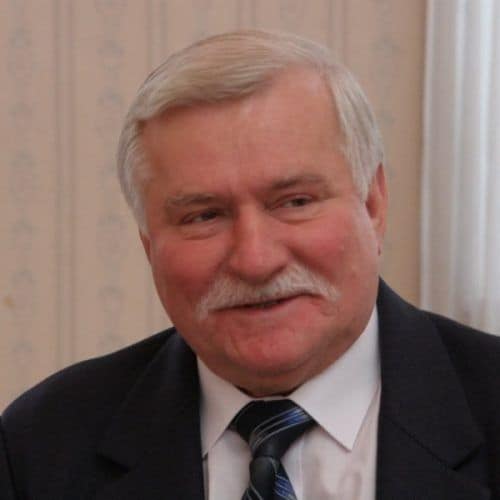 Lech Walesa is a former President of Poland, author and Nobel Laureate.

In 1980, he led a ten million member Solidarity Labor Movement that inspired people and led to the end of communist rule in Poland and Eastern Europe.

In 1990, he was the first democratically elected President of Poland who’s term in office led Poland to become a free market democracy and to receive one of the first invitations to join NATO.

He is the head of the Lech Walesa Institute which champions democracy and free market reform.

He is also the author of the political book “A Way of Hope, The Struggle and the Triumph and Everything I Do, I Do for my Country”.