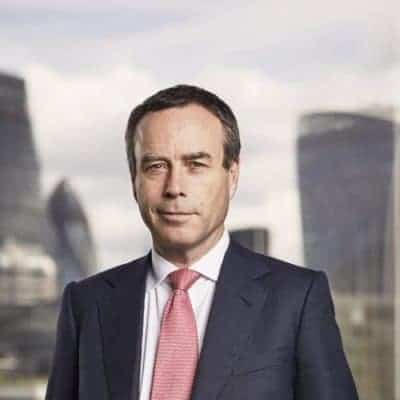 As well as editing the daily business institution Lionel has edited the US and European editions. He is one of the most respected voices on transatlantic affairs and has written extensively on relations between Washington, London and Brussels.

Lionel Barber is the editor of the Financial Times. Since his appointment in November 2005, the FT has been pioneering the concept of the integrated newsroom, where reporters and editors work seamlessly across print and digital formats. During Barber’s tenure, the FT has won numerous global awards for its quality journalism, including three newspaper of the year awards (2008), which recognised the FT’s role as a 21st-century news organisation.

As editor, Barber has interviewed many of the world’s leaders in business and politics including President Barack Obama, Premier Wen Jiabao of China, President-elect Demetri Medvedev of Russia, President Lula of Brazil, Chancellor Angela Merkel of Germany, and Prime Minister Manmohan Singh of India.

Barber began his career in journalism in 1978 as a reporter for The Scotsman. He moved to The Sunday Times as a business correspondent in 1981. He joined the FT in 1985 as a business reporter. In 1986, he became Washington correspondent before being appointed Brussels bureau chief in 1992. He served as the news editor from 1998-2000 before taking over charge of the continental European edition between 2000 and 2002, when he became US managing editor in charge of the FT’s American editorial operations.

In 2001, Barber was invited to brief George W. Bush on European affairs ahead of the president’s inaugural mission to Europe. In the same year, European Voice named him one of the 50 most influential personalities in Europe.

Barber has co-written several books and has lectured widely on US foreign policy, transatlantic relations, European security and monetary union in the US and Europe and appears regularly on international TV and radio.

Barber graduated in 1978 from St Edmund Hall, Oxford University with a joint honours degree in German and modern history and speaks fluent French and German. Previously, he attended high school at Dulwich College in London.

During his career, Barber has received several distinguished awards. In 1981, he was named Young Journalist of the Year in the British press awards. In 1985, he was the Laurence Stern fellow at the Washington Post. In 1992, he was a visiting scholar at the Institute of Governmental Studies at the University of California at Berkeley.

In 1996, he was a visiting fellow at the European University Institute in Florence. In 1998, he was named one of the 101 most influential Europeans by Le Nouvel Observateur. In 2009, he was awarded the St George Society medal of honour for his contribution to journalism in the transatlantic community. In February 2011 he was appointed to the Board of Trustees at the Tate.

State of the Media & Publishing