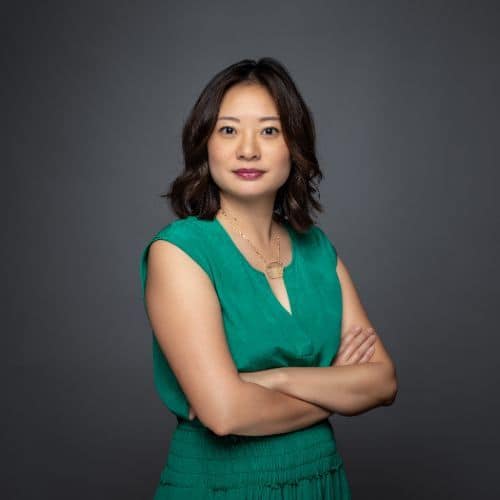 Melissa Chan is an Emmy-nominated journalist based between Los Angeles and Berlin. She has reported everywhere from Cuba to Canada, Mongolia to Moscow, North and South Korea. These days she focuses on transnational issues, often involving China’s influence beyond its borders.

Melissa has written for The New York Times where she was nominated for a Loeb Award — business journalism’s highest honour — and for The Atlantic, The Washington Post, Time, The Guardian, Foreign Policy, POLITICO, and more. As a collaborator with Vancouver-based The Global Reporting Centre, she investigates the complexities of global trade and its costs on ordinary people. As a recipient of The Pulitzer Center’s Rainforest Journalism Fund, she travelled to the Amazon jungle to examine the connection between agriculture and deforestation.

As a television journalist, she takes viewers on investigative journeys through long format news documentaries, including with the award-winning Fault Lines series. She also reports for VICE News Tonight, and presents European broadcaster DW’s news program on Asia.

From 2013 to 2016, she was a correspondent for Al Jazeera America, specializing in enterprise reporting particularly in the rural American West. This meant interviewing everyone from farmers to members of white nationalist militias. With Al Jazeera English, she served as China correspondent before her expulsion from the country for the channel’s reports. Her work there received awards, including two Human Rights Press Awards from Amnesty International and a citation from the Overseas Press Club. She was named in Foreign Policy’s Pacific Power Index, a list of 25 people shaping the future of US-China relations.

Chan is a term member at The Council on Foreign Relations. She was also a Knight Journalism Fellow at Stanford University, a Bosch Fellow in Berlin, and a Young Leader of The Council for the United States and Italy.

She is a speaker/moderator, having led or participated in discussions at South by Southwest (SXSW), UNESCO, the Oslo Freedom Forum, the US State Department, on the invitation of the UN Special Rapporteur on the right to freedom of opinion and expression, at the Sydney Opera House, UC Berkeley’s Logan Symposium on Investigative Reporting, and more.

A Phi Beta Kappa graduate of Yale University, she co-founded and was editor in chief of the Yale Journal of Human Rights.

Through her fellowships and reporting, Chan has developed expertise across a wide range of issues. As a Knight Journalism Fellow in Silicon Valley, she focused on leadership and driving media innovation and entrepreneurship. Her project there looked at digital security training and tools for reporters facing potential hacker attacks by state-sponsored entities.

Much of her reporting work has examined techno-authoritarianism, technology for good versus technology for surveillance and suppression, and digital rights. Her track record covering human rights and democratic movements around the world spans two decades. As a Bosch Fellow in Berlin, she studied technology and artificial intelligence’s impact on the future of work.

She has also looked at AI and the new weapons of war. From her days as a China correspondent, she has also covered the environment and climate change, from the deserts of Inner Mongolia, to Beijing’s air pollution, to the shores of California and beyond. As a reporter who has covered diplomatic developments on North Korea, Cuba, and at the UN and NATO, and as a term member of the Council on Foreign Relations, she is well-placed to moderate discussions on national security, geopolitics, and diplomacy.

Last but not least, Chan is committed to women’s rights and issues, whether as a collaborator with organizations such as The Fuller Project dedicated to reporting on women, acting as mentor, or speaking about the need for greater gender representation and parity in the workplace.

Artificial intelligence and the future of work

Women’s work: diversity in the workplace