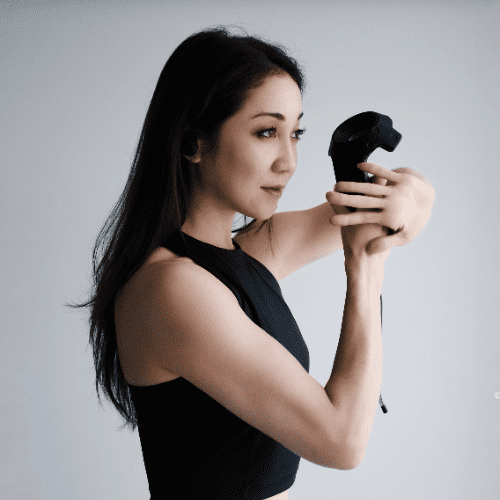 "Merritt has achieved what some would call ‘the impossible’: a career as a professional ballet dancer and as an academic quantum physicist."

"It was a pleasure to welcome Dr. Merritt Moore to our conference. She brought a fascinating and unique perspective from her split life as a dancer and quantum physicist. Her experiences combining two professions at an elite level provided great inspiration for our delegates. Merritt emphasizes meaningful messages and her vita and her achievements are really outstanding. We look forward to working with Merritt again in the future."

During the pandemic, Merritt combined her physics and ballet expertise to create dances with industrial robots, which have been featured in TIME, Financial Times, BBC and Vogue.

Merritt inspires young women around the world to pursue their dreams. She has been invited to be the featured speaker at the Forbes Women’s Summit in NY, panellist for the U.S. Embassy ‘Women in STEM’ Panel in London, and is featured in the bestseller “Good Night Stories for Rebel Girls“. In 2018, Merritt was named as one on The Evening Standard’s five inspiring ‘Women In Science You Need To Know’.

Merritt works with an incredible team of artists and researchers to bring a powerfully captivating and vulnerable performances on stage through the integration of science and art. Her main performance is a romantically breath-taking and stirring duet with an industrial robot. Continuing the research that Merritt started during her residency at Harvard’s new ArtLab, she explores the future of A.I./ machine learning, specifically with dance, and she researches the incredible potential it has to magnify human creativity.