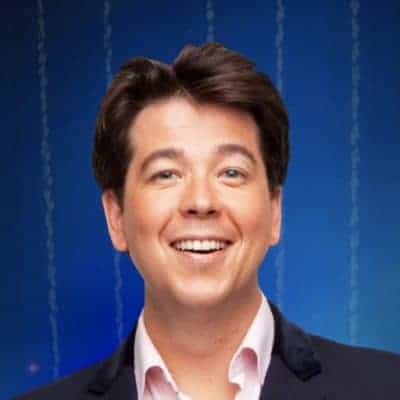 Michael McIntyre is arguably one of the biggest stars of British comedy currently performing.

"Michael was a pleasure to work with, gave a five star performance at the evening event of our Marketing conference. Truly hilarious, had everyone rolling around with laughter, 11 out of 10!"

"The funniest comedian I have seen on the fringe in years"

"Makes you laugh till your face hurts"

"If there's a funnier, slicker, warmer hour of comedy, I haven't encountered it"

"One of Britains brightest up-and-coming stand-ups"

Michael McIntyre doesn’t hang about; he can take claim for having the fastest selling debut stand-up DVD ever with Live & Laughing, along with being the quickest-selling comedian at the Edinburgh Festival packing out 26 consecutive nights.

Now he’s started, there appears to be no stopping London-born Michael, who is the rising star of British comedy. His brilliantly engaging delivery and an effortless rapport with the audience have led to him to be hailed by audiences and critics as one of the best-stand-up talents currently performing in the UK.

Michael observed the world unpaid until 2003 when he began his stand-up comedy journey and was nominated for the Perrier Best Newcomer Award at the Edinburgh Festival. Since then he has sold out theatres across the country, become a regular face on television and has been nominated for a whole host of prestigious awards.

Michael’s ever-increasing fan base has grown via word-of-mouth popularity rather than from a regular weekly TV slot. Michael says: “I don’t really do jokes. I just talk about things that I find funny. I tend to laugh at them myself as well because I find them funny. I don’t do gags, just observational comedy. I just collect all these stories and try them out and if people laugh I do them again and make them better”.

In 2008, Michael won Best Headliner at the Chortle Awards and was nominated in the same category the previous year. Michael proved he’d earned his place as one of the country’s most popular comedians when he was nominated in the Best Live Stand-Up Performer category alongside Alan Carr and Russell Brand.

Michael has twice hosted the popular BBC show Live at the Apollo and performed for Prince Charles on his 60th Birthday on ITV’s”We Are Most Amused” as well as well as the Royal Variety Performance. Consequently, he’s now on first name terms with his Royal Highness, Prince Charles.

Michael’s meteoric rise to fame has seen him play just under 100 sold-out dates throughout the UK including five sell-out nights at London’s Hammersmith Apollo. In 2009 and 2010 Michael hosted the BBC prime-time show Michael McIntyre’s Comedy Roadshow. In September 2009, Michael embarked on an arena tour across the UK including three sell-out nights at the 02 in London.