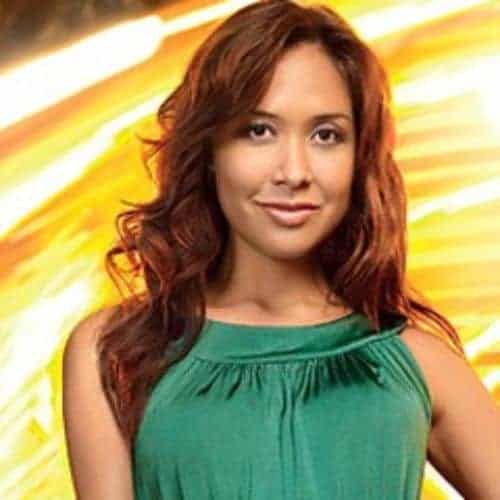 A musician, singer, model and television presenter, Mylene Klass is a major star, succeeding in whatever she tries her hand at.

"Absolutely brilliant, our best host yet!"

Triumphing in everything she takes on, there is nothing that Myleene cannot do. She is an inspirational woman and brilliant entertainer. The presenter’s strong history in the media makes her an ideal awards host, bringing style and class to any event.

She is an unstoppable all-round entertainer. A musician, singer and TV presenter who attracts press column inches whatever she does and wherever she goes. In short, Myleene Klass is a star.

Myleene first shot to fame in the 2001 ITV1 series ‘Popstars’, the original reality TV music show whose premise was to create a UK pop band. From thousands of singing hopefuls, Myleene was chosen to become one of five members of the controversial yet incredibly successful pop band, Hear’Say.

However, despite a string of hit singles and a nationwide sell-out tour, the band split in late 2002 leaving Myleene to pursue a solo career.

In 2003, Myleene signed a solo deal with Universal Classics. The first fruit of this deal was her debut solo classical album “Moving On”. The album was an immediate success. Not only did it enter the classical charts at No.2, the album went on to break records in all genres, entering the popular charts amidst pop and rock artists alike, as well as having the first classical video to be played on ‘The Box’ and other pop channels. Myleene was also honoured with her first BRIT nomination for the album.

Myleene began playing the piano and her grandfather’s violin at age of four. She studied Voice at the Guildhall School of Music and Drama where she also added Harp to her repertoire.

After completing her studies Myleene then won a scholarship to the Royal Academy of Music where she later graduated. Myleene then worked as a session musician/singer.

She has toured with the likes of K.D.Lang, Robbie Williams, Cliff Richard and Michael Crawford to name but a few. Her West End debut followed rapidly afterwards as she joined the cast of “Miss Saigon”.

It was after treading the boards that Myleene auditioned for ‘Popstars’, and the rest is music history.

She has also been a presenter on BBC1’s Heaven and Earth Show, the BBC’s coverage of The Proms, the All Star Talent Show on Channel 5, Ghost Towns for Living TV, co-star on BBC1’s One Show with Adrian Chiles, The National Lottery, and Ten Years Younger.

Myleene has been a very popular TV host on Popstar to Operstar and The Classical Brits 2010.