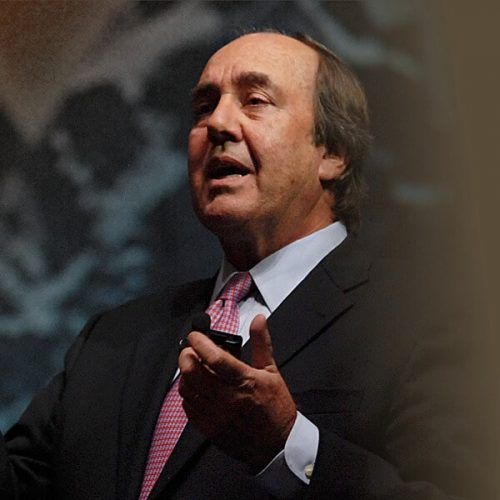 Now a successful businessman and one of the world’s top motivational speakers, Nando Parrado was a survivor of a plane crash 11,800 feet into the Andes Mountains.

"The best speaker in the 30 years of the company.it says it all - Hewlett Packard Your speech was riveting. Your impact on the audience not to be forgotten. Most importantly, your presence all around us was felt"

"Testimonial for Miracle in the Andes: The horses mouth account of one of the most incredible and inspiring survival stories of modern times"

"Your courage is something most of us will never know. I will definitely take to heart the message about family."

Faced with adverse weather and starvation Parrado and his fellow survivors had to make tough decisions in order to keep themselves alive. He now aims to inspire others and to help others apply the lessons he learned in the wilderness to everyday scenarios; as he says, “It is better to decide and make a mistake, that not to decide. There is always time to turn back”.

Nando Parrado was born in Uruguay and had a keen interest in sport as a child. It was this love of sport which ultimately led to his involvement in one of the most astounding survival stories in living memory; on October 13th 1972, the plane carrying Parrado and his rugby teammates and family crashed at 18,000 feet in the Andes Mountains. For two months, Parrado and his fellow survivors battled the elements and a lack of provisions, spirit and ingenuity helping them to remain alive in the harsh conditions. Despite their best efforts, members of their group were dying and supplies were running low, so on December 12, Parrado and two others set off to cross the mountains in order to find civilization and help. Due to diminishing resources, only Parrado and Roberto Canessa were able to continue with the mission, trekking for eleven days through snow and ice and eventually finding help, guiding a rescue party back to the survivors still trapped in the mountains. The story of Uruguayan Air Force Flight 571 inspired the 1993 feature film Alive: Miracle in The Andes, in which Parrado was played by Ethan Hawke.

Following the rescue, Parrado was forced to come to terms with the incident which had taken place and the loss of his mother and sister Susy, who had died in the crash. He initially struggled, uncertain which path to follow in life, realising the importance of living in the moment. He enrolled in business school on the advice of his father and eventually took on the responsibility for the family hardware stores. Now a successful businessman, Parrado also owns six cable TV channels and produces a number of TV shows in his native Uruguay.

The story of Uruguayan Air Force Flight 571 had both captivated and shocked people around the world and as time went by, Parrado saw the importance of sharing his experiences and the way in which they had shaped his life. He began working as a motivational speaker and his stories of teamwork, friendship, willpower and endurance continue to inspire all who listen; so much so that Parrado has a list of satisfied high profile clients from all over the world, including The Wall Street Journal, Disney, Dell, Hewlett Packard, Saatchi and Saatchi and numerous other high profile organisations.

With an honest and emotionally open style, Nando Parrado shares details of his survival in the Andes and the ways in which the experience has impacted upon his life. He explains how abilities such as decision making and team work can be vital in life and death situations and how these skills can be applied to day to day living.