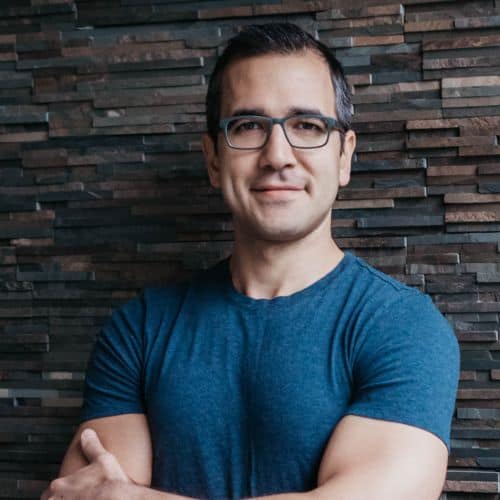 Ozan Varol is a rocket scientist turned award-winning professor and #1 bestselling author of Think Like a Rocket Scientist: Simple Strategies You Can Use to Make Giant Leaps in Work and Life. He is one of the world’s foremost experts in creativity, innovation, and critical thinking. He helps industry-leading organizations reimagine the status quo with moonshot thinking.

"Ozan’s presentation rocked the house and got rave reviews from the attendees. Many called it the ‘highlight of the conference."

"Ozan is well on his way to becoming a household name. He is incredibly bright, professional, easy to work with, responsive and kind. He speaks with ease and keeps his audience intrigued and engaged. His stories are fantastic. For all he has accomplished, he’s incredibly humble. Book him. You won’t regret it."

"Ozan’s keynote was very well received. He customized his presentation so well to our industry (Pharma R&D). Many speakers during the rest of our two-day leadership retreat made references to the concepts he introduced."

"Ozan’s presentation was fantastic – his content is thought provoking, challenging and compelling packed with pertinent examples to bring his concepts to life. Ozan was also a pleasure to deal with throughout developing our event. He was always responsive and worked with us to make sure his keynote would meet our needs. I wouldn’t hesitate to recommend Ozan as a speaker and author for teams looking to improve and challenge how they work and think."

"Ozan spoke at our internal company kick-off events and was a revelation for many in the audience. His talk was inspirational, thought-provoking, and energizing. Ozan’s talk resonated with our employees so well that people continually referenced Ozan and “moonshots” for not only days but weeks afterwards! Highly recommend him a speaker."

Ozan is consistently ranked one of the top speakers at conferences and private events. Audiences love his blend of big ideas, witty stories, and down-to-earth humor. He’s a master at simplifying complex topics and delivering numerous “a ha!” moments. Ozan has the rare ability to get people to drop their phones and leave them with practical insights they can implement right away to level up in work and life.

A native of Istanbul, Turkey, Ozan grew up in a family of no English speakers. He learned English as a second language and moved to the United States by himself at 17 to attend Cornell University and major in astrophysics.

While there, he served on the operations team for the 2003 Mars Exploration Rovers project that sent two rovers–Spirit and Opportunity–to Mars. He built stuff that went to the red planet and wrote code that snaps photos of the Martian surface.

Ozan has been called a “true original” by Adam Grant and dubbed a “superhero” by Dan Pink. His work has been described as “must read” by Susan Cain and featured in the Wall Street Journal, Time, BBC, CNN, Washington Post, and more. The book is:

A child who was 6 years old when the Wright brothers took their first flight would have been 72 when flight became powerful enough to put a man on the Moon. This giant leap, taken within a human lifespan, is the triumph of moonshot thinking.

Moonshot thinking is a way to imagine the unimaginable and solve the unsolvable. It’s the marriage of idealism and pragmatism, a mindset that combines extraordinary thinking with a practical, proven moonshot process for achieving extraordinary results. In this time of unrelenting change and uncertainty, it’s moonshot thinking that sets apart industry-leading businesses from the rest.

In this keynote, Ozan will reveal his 4-step moonshot process to help businesses launch their own moonshot, spot opportunities they couldn’t see before, and create an extraordinary advantage to shape the future of their industry.

Future Proof: How Businesses Can Fly in the Face of Uncertainty

The COVID-19 pandemic has exposed what has always been true: The world around us is evolving at dizzying speed, and the ground we stand on is never solid. Business leaders of all kinds are trying to keep the train on the tracks, while reacting to a multitude of new frontiers: remote work, declined demand, and disrupted consumer behavior.

In this keynote, Ozan will reveal how your business can fly in the face of uncertainty and thrive in a world of constant change.

Many businesses strive to promote a diverse and inclusive workplace. But an often-overlooked aspect of the issue is cognitive diversity—which is based on differences in viewpoint or perspective. According to cutting-edge research, cognitive diversity can promote problem-solving and increase innovation by bringing a wide variety of perspectives to the table.

Most businesses stifle cognitive diversity. As a result, groupthink and conformity pop up even in institutions whose lifeblood is creativity. Employees hide their best selves rather than go against the grain.

In this keynote, Ozan will share a lively, anecdote-filled roadmap that business leaders can use to promote a thriving corporate culture that harnesses cognitive diversity.