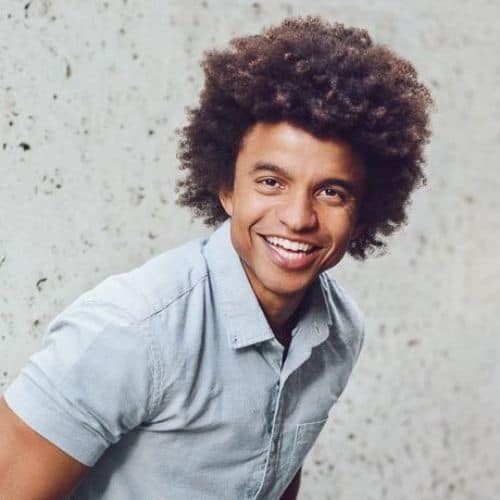 Radzi Chinyanganya is one of Britain’s most talented and experienced presenters having started out his presenting career on the BBC’s landmark and historic children show, Blue Peter. He has since gone on to be a regular face on the screen, presenting shows for the BBC, Sky Sports and Channel 4.

"Just wanted to say how brilliant Radzi was on Thursday – the production team said he absolutely smashed it so I’m really looking forward to seeing how the edit comes along!"

"Just wanted to send a quick thank you for all your support arranging Radzi to join the Careers Hub event yesterday afternoon. The event went really well and we’ve already had some great feedback from the client and viewers. Radzi was completely on message, was incredibly passionate and personable and was a huge hit"

In January 2021, Radzi published his first book, ‘Move Like a Lion’. Blending fun and physical education, this colourful children’s book creates an engaging and unique learning experience that focuses on improving how you feel, not changing how you look.

January 2020 saw Radzi become a contestant on series 13 of ITV’s Dancing on Ice. In addition, 2020 saw the launch of BBC My World. This is a groundbreaking global show for young audiences, explaining the stories behind the news. Radzi is delighted to be the presenter of this flagship news programme. His passion for current affairs and facts does is not limited to the TV screen, Radzi has become a ‘TikTok’ sensation with a very popular, engaging page with nearly 200k followers.

A screen test at the O2 Arena in front of over five thousand people secured Radzi’s selection as the official Weightlifting presenter at the 2012 Olympics, this saw him host the event for a seven thousand strong crowd on stage at the Excel Arena. Since then, he’s gone from strength – to strength, co-presenting the 2012 Paralympics and joining the 2018 BBC Winter Olympics presenting team alongside Clare Balding in PyeongChang, bringing us all the best moments of the 2018 Winter Games to our screens across BBC One and BBC Two for the 17-day duration of the games.

His passion for Sport has led Radzi to work on several major Sports Broadcasts. From hosting the live stream for the London Landmarks Half Marathon, presenting the BBC Boat Race in 2017, presenting the Great South and North Run in both 2018 and 2019 and reporting at the 2019 London Marathon. Radzi is also a stalwart of the UK Wrestling scene working as a presenter for the WWE’s flagship show, NXT UK. It made history as the first ever UK-specific television series on the WWE Network starting in October of 2018 and he has worked as a vital part of the team ever since. His passion and knowledge for athletics was evident when he presented the BBC’s coverage of the World Athletics Championships 2019 in Qatar and 2020 Tokyo Olympics for Eurosport.

In 2019, Radzi continued to display his versatility and wealth of understanding for sport. In January 2019 he joined the Sky Sports team, presenting the first NBA game of the year on Sky Sports, live from the O2 Arena and anchoring the weekly, live NBA highlights show every Sunday night. In addition, acting as a pitch-side reporter at the 2019 ICC Cricket World Cup and hosting the 2019 World’s Ultimate Strongman competition, Giants Live on Channel 5.

Nonetheless, Radzi has never limited his capabilities to just the world of sport. On the BBC and Channel 4, Radzi presents Songs of Praise and Crufts respectively and in 2017 he was announced as a presenter for ITV’s new entertainment show, Cannonball, an adrenaline-fuelled game show which features contestants trying to complete a host huge of aquatic obstacles and water-based challenges. He presented the show alongside Freddie Flintoff, Frankie Bridge and Maya Jama.

Radzi’s strong multi-cultural heritage and mixed family traditions has sparked his intrigue into personal identity and what it means to be British. This fascination has fed Radzi’s growing interest in both current affairs and politics and as a result, Radzi filmed Your Body: Your Image – a BBC 2 Learning series focusing on body image in schools, appeared on BBC 1’s Question Time and the BBC’s documentary series Home Front Heroes commemorating the ways in which ordinary men & women played a vital part in Britain’s Wartime victory. Radzi’s passion for education and learning through broadcast was evident in his Black History month Hits Radio show with Fleur East in 2019.

Radzi also continues his work hosting film premiere’s for some of the most iconic films to hit our screens in recent times such as The Lion King and Toy Story 4.