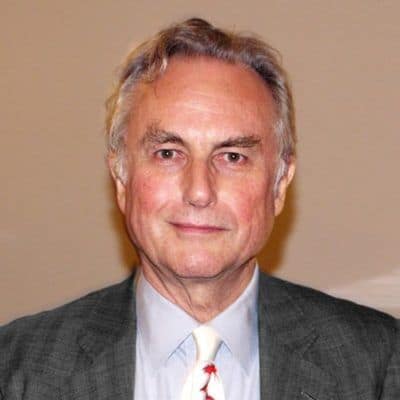 Richard Dawkins is a British ethologist, evolutionary biologist and popular science writer who has broadened our understanding of the genetic origin of our species and has helped lay readers understand complex scientific concepts.

"A Brief Candle in the Dark is the hugely entertaining sequel of the New York Times bestselling memoir An Appetite for Wonder. Richard Dawkins delves deeply into his intellectual life spent kick-starting new conversations about science, clture, and religion and writing yet another of the most audacious and widely read books of the twentieth"

"Richard always writes like he's telling you a story, which is why so many of us non-science people understand science better than we used to. But when the story is his own life, it's doubly compelling."

"Fantastic. [Offers] a fascinating glimpse of how one of today's most influential scientific minds blossomed into himself."

"This first volume of Dawkins's autobiography ... comes to life when describing the competitive collaboration and excitement among the outstanding ethologists and zoologists at Oxford in the Seventies-which stimulated his most famous book, The Selfish Gene."

"The Richard Dawkins that emerges here is a far cry from the strident, abrasive caricature beloved of lazy journalists ... There is no score-settling, but a generous appreciation and admiration of the qualities of others, as well as a transparent love of life, literature - and science."

"Praise for Brief Candle in the Dark: ...fascinating, thoroughly readable, and joyful. . . . Dawkins offers great insight into the nature of science and introduces readers to many of the major players responsible for creating the field of evolutionary biology."

"Sometimes funny, sometimes fascinating, and always interesting, Dawkins takes us through his later years, revealing the humanity behind the man like never before. Brief Candle in the Dark reminds us, warmly and eloquently, that the greatest accomplishments are achieved when science is bolstered by good will and kindness."

"[An Appetite for Wonder is] a memoir that is funny and modest, absorbing and playful. Dawkins has written a marvelous love letter to science... and for this, the book will touch scientists and science-loving persons. ... an enchanting memoir to read, one that I recommend highly."

"Surprisingly intimate and moving. ... He is here to find out what makes us tick: to cut through the nonsense to the real stuff."

"Displays all the intelligence, insight, clear-thinking, literary quality, and at time provocative observations we have come to expect from Dawkins."

He holds the Charles Simonyi Chair for the Public Understanding of Science at Oxford University.

Dawkins is an atheist and humanist, a Vice President of the British Humanist Association and supporter of the Brights movement. He is well known for his criticism of creationism and intelligent design.

He first came to prominence with his 1976 book The Selfish Gene, which popularised the gene-centered view of evolution and introduced the term meme into the lexicon, helping found memetics. He defines the concept of meme as a self-replicating unit of culture – an idea, a chain letter, a catchy tune, an urban legend — which is passed person-to-person, its longevity based on its ability to lodge in the brain and inspire transmission to others. The concept of memes has itself proven highly contagious, inspiring countless accounts and explanations of idea propagation in the information age.

In his 1986 book The Blind Watchmaker, he argued against the watchmaker analogy, an argument for the existence of a supernatural creator based upon the complexity of living organisms. Instead, he described evolutionary processes as analogous to a blind watchmaker. His ideas laid out in The Selfish Gene were further fleshed out in The Extended Phenotype: the rather radical notion that Darwinian selection happens not at the level of the individual, but at the level of our DNA. The implication: We evolved for only one purpose — to serve our genes.

In his 2006 book The God Delusion, Dawkins contends that a supernatural creator almost certainly does not exist and that religious faith is a delusion—a fixed false belief. As of January 2010 the English-language version has sold more than two million copies and had been translated into 31 languages, making it his most popular book to date.

In recent years, Dawkins has become outspoken in his atheism, coining the word “bright” (as an alternate to atheist), and encouraging fellow non-believers to stand up and be identified.

He makes regular television and radio appearances and has been referred to in the media as “Darwin’s Rottweiler”, a reference to English biologist T. H. Huxley, who was known as “Darwin’s Bulldog” for his advocacy of Charles Darwin’s evolutionary ideas.

Richard Dawkins urges non-religious people into commandeering actions in his atheism belief speech. The debate between creationism and atheism has propelled society to diverge into two secular belief groups, with atheism perceived as an amoral belief group. In his atheism belief speech, Dawkins says that the reason for the disagreements between the two groups are based on non-scientific prejudice placed upon atheism by creationist. Creationism is a tool that politicians and people with power use to forward their own political agenda according to Dawkins. Dawkins implores atheists to make their beliefs more public and battle the constant integration of religion in politics and education. Religion holds a detrimental facet to it that constantly restrains the progressive nature of society according to Dawkins.

Richard Dawkins talks about the way in which science helps to inform moral decision-making in this science and morality speech. While Dawkins points out that scientists don’t typically set out to settle moral debates, he does believe that scientific facts can help inform people so that they can better decide what is moral. Dawkins uses abortion as an example in this speech. Abortion is a moral hot topic because some individuals wouldn’t consider an unborn fetus to be a person, while others would. Dawkins says that a scientist could tell people at what point a fetus develops a nervous system, which without a doubt makes it a human being. Dawkins also discusses evolution and the ancestors of humans. He claims that when one considers that evolution is a proven fact, it gets harder to separate one species from another because humans evolved from apes. If one can’t separate apes from humans it gets harder to justify placing human life above animal life in terms of importance.

Disputing the Idea of Immortality

In this immortality speech, Richard Dawkins disputes the idea of living forever through medical advancements. While Dawkins acknowledges that this is not currently an issue, he predicts that as time goes on people will look for ways to prolong life by hundreds of years. Dawkins knocks the idea of living forever because he claims that it’s irresponsible. It calls for a cease in birth rates, which have showed no signs of slowing. The more living people there are on Earth, the more resources will be needed, so over-population would quickly become an issue. Dawkins also points out that it would be rather selfish to tell people to stop having children so that others could live forever. This topic may seem a little bit like science fiction, but Dawkins believes that this is something that many people are intrigued by. Perhaps that’s because people have an inherent fear their own mortality.

The Science of Leisure Time

This leisure keynote by Richard Dawkins offers a most impressive defense for the use of social activity that would otherwise be deemed useless.

Dawkins agrees that things like poetry and belly dancing are difficult to make a case for as useful contributors for human survival. But he feels that the brain that is capable of participating in such will not only be able to perform other tasks, but will also attract the opposite sex.

His leisure keynote brings up a sexual choice theory in which is exemplified by the mind being the equivalent to a peacock’s tail. Potential mates think ‘clever is sexy’ and those with big brains can ‘remember epic poetry’ to impress them.