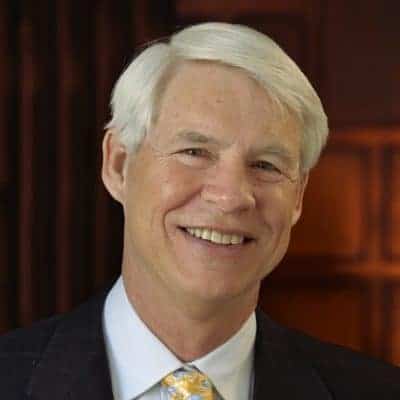 Nobel Laureate; Professor of Finance at NYU Stern; Director of the Volatility Institute

Robert Fry Engle III is an American economist and the winner of the 2003 Nobel Memorial Prize in Economic Sciences, sharing the award with Clive Granger, “for methods of analyzing economic time series with time-varying volatility”.

Robert Engle, the Michael Armellino Professor of Finance at New York University Stern School of Business, was awarded the 2003 Nobel Prize in Economics for his research on the concept of autoregressive conditional heteroskedasticity (ARCH). He developed this method for statistical modeling of time-varying volatility and demonstrated that these techniques accurately capture the properties of many time series. Professor Engle shared the prize with Clive W. J. Granger of the University of California at San Diego.

Professor Engle is an expert in time series analysis with a long-standing interest in the analysis of financial markets. His ARCH model and its generalizations have become indispensable tools not only for researchers, but also for analysts of financial markets, who use them in asset pricing and in evaluating portfolio risk. His research has also produced such innovative statistical methods as cointegration, common features, autoregressive conditional duration (ACD), CAViaR and now dynamic conditional correlation (DCC) models.

He is currently the Director of the NYU Stern Volatility Institute and is the Co-Founding President of the Society for Financial Econometrics (SoFiE), a global non-profit organization housed at NYU. Before joining NYU Stern in 2000, Professor Engle was Chancellor’s Associates Professor and Economics Department Chair at the University of California, San Diego, and Associate Professor of Economics at the Massachusetts Institute of Technology.