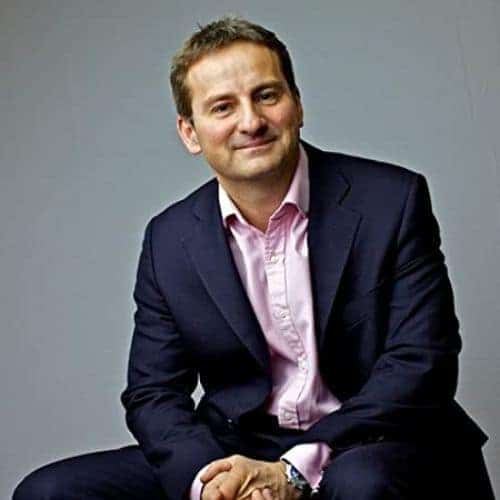 Works with students, employers, employees and colleagues, management, women, men and entrepreneurs to help provide motivation talks and inspiration with a can-do attitude.

Robert Kelsey is a former City banker and financial journalist and is currently an entrepreneur and author. After receiving a BA (Hons) in politics and modern history at Manchester University, Kelsey became a financial journalist via the Independent and Euromoney. His editing of a banking-related specialist magazine caught the eye of growing UK investment bank Greenwich NatWest and he was taken on to originate structured finance solutions for major corporates. This involved stints in Moscow, New York and Houston (where he infamously sold solutions to Enron).

While a banker, Kelsey wrote his first book, The Pursuit of Happiness, about his adventures as a single UK lad on the dating scene in New York (as well as his misadventures as a banker to the likes of Enron). This pretty much killed his (already failing) banking career, so he became an entrepreneur, starting a dotcom incubator with two large buildings on the City fringes that, over the three years of its operation, incubated over 200 companies (most of which were, admittedly, carried out in a cardboard box). This also led to a directorship of the City Fringe Partnership, a government-sponsored NGO that was closed down in 2010. One company Kelsey incubated was Moorgate Communications – a specialist and innovative PR agency for the banking sector. This was in 2002. He has been CEO ever since. Moorgate, meanwhile, even managed to grow during the financial meltdown of 2008-09.

While in the US, Kelsey developed a keen interest in the self-help sector – mostly in the hope of overcoming his insecurities (such as fear of failure). This continued when back in the UK, although, with professional help, he realised that there is a major gulf between what the psychologists state as our innate but treatable insecurities and the over-promising of the self-help gurus. So disturbed was he by the false directions being encouraged by most self-help writers he began researching his own book which, instead, aimed at understanding insecurities such as fear of failure, accepting them as part of who we are, and, importantly, navigating their consequences in order to make strong progress in our lives.

Understanding what holds us back, how to accept who we are and how to navigate the barriers we throw in our path

Setting goals, calculating a strategy and executing tactics. A clear framework for progress

Strong leadership requires the opposite traits to achieving seniority. This is about true leadership in the modern workplace

The motives for starting a business, and the process of taking those first steps towards developing a growing and sustainable business, as well as the steps to avoid