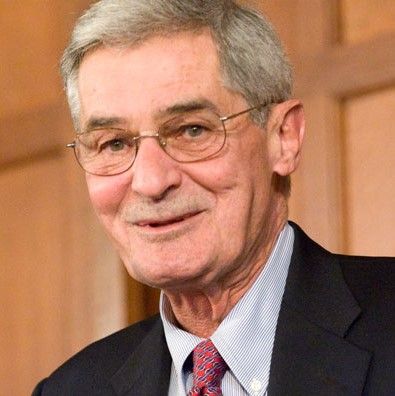 Robert E. Lucas, Jr., is an American economist who won the 1995 Nobel Prize for Economics for developing and applying the theory of rational expectations, an econometric hypothesis.

Lucas found that individuals will offset the intended results of national fiscal and monetary policy by making private economic decisions based on past experiences and anticipated results. His work, which gained prominence in the mid-1970s, questioned the conclusions of John Maynard Keynes in macroeconomics and the efficacy of government intervention in domestic affairs.

Lucas attended the University of Chicago, earning degrees in history (A.B., 1959) and economics (Ph.D., 1964). He taught at Carnegie Mellon University from 1963 to 1974 before returning to Chicago to become a professor of economics in 1975.

Lucas questioned the assumptions behind the Phillips curve, which had been thought to show that a government can lower the rate of unemployment by increasing inflation. According to the Phillips curve, higher inflation causes wages to rise more quickly, thereby fooling unemployed workers into thinking that the higher nominal wages are generous when, in fact, they are simply inflation-adjusted wages. Therefore, the unemployed take jobs more quickly, and the unemployment rate falls.

Lucas argued, however, that workers cannot be fooled again and again; higher inflation will ultimately fail to lead to lower unemployment. More generally, Lucas’s work led to something called the “policy ineffectiveness proposition,” the idea that if people have rational expectations, policies that try to manipulate the economy by creating false expectations may introduce more “noise” into the economy but will not improve the economy’s performance. Lucas is also known for his contributions to investment theory, international finance, and economic growth theory. His Studies in Business-Cycle Theory (1981) collects his research from the 1970s, and Models of Business Cycles (1987) provides an overview of his economic theory.

Lucas edited or coedited several economics journals and served for a time as president of the American Economic Association and the Econometric Society. In 2001 Lucas published Lectures on Economic Growth, a collection of his writings on economic growth.