Romesh Ranganathan is a British stand-up comedian and actor who has appeared on Mock the Week, Holby City, Soccer AM, Russell Howard’s Good News, Sweat the Small Stuff and Virtually Famous.

Romesh first appeared on the comedy circuit in 2010, performing in venues across the UK. With his cutting one-liners, Romesh quickly gained a following and became a finalist in a number of comedy competitions, including the Latitude New Act Final 2010 & So You Think You’re Funny?

His awards include Semi Finalist Laughing Horse New Act of The Year 2010, Runner Up Amused Moose Laugh Off 2010, Finalist So You Think You’re Funny 2010 and Finalist Latitude New Act of The Year 2010. However, Romesh has come a long way since winning the ‘Leicester Mercury New Act Award 2013’. These achievements culminated in his debut appearance on BBC2’s ‘Mock The Week’, BBC1’s ‘Live At The Apollo’, ITV1’s ‘Sunday Night At The Palladium’, BBC3’s ‘Russell Howard’s Good News’, ‘Edinburgh Comedy Fest Live 2013’, a regular slot on Channel 4’s weekly topical show ‘Stand Up For The Week’, hosting two series of BBC Radio 4 Extra’s ‘Newsjack’ as well as appearances on BBC Radio 4’s‘News Quiz’ and the long-running and beloved ‘The Now Show’.

From playing comedy clubs all over the country Romesh’s profile has grown as has the respect from his peers which has resulted in him writing for numerous shows and supporting the likes of Seann Walsh, Bill Burr, Paul Chowdhry and one of his comedy heroes, Ricky Gervais.

Romesh is the perfect entertainment for corporate and private events, whether it’s delivering a witty and razor sharp after dinner comedy set or hosting your gala awards dinner. 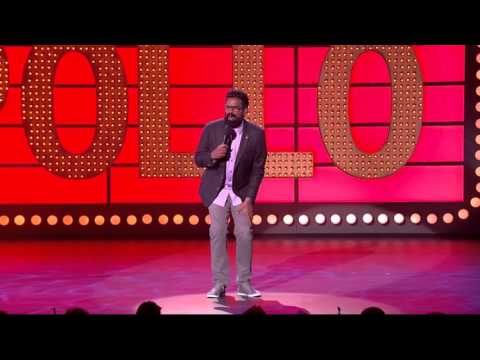 Romesh Ranganathan Live at the Apollo
11:55
2 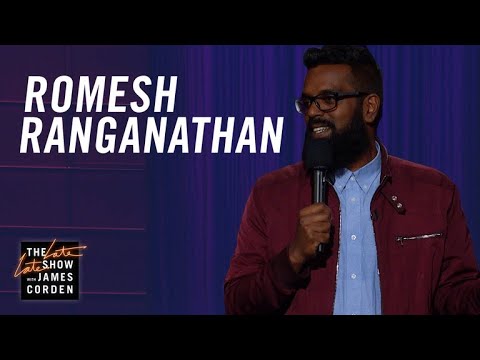 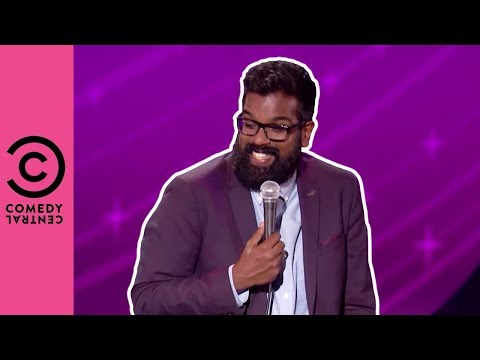 Romesh Ranganathan’s Kids Have The Worst Taste In Movies
04:53

Last night was great fun and Romesh was brilliant!! He was also very patient with our guests who were queuing to have their photos taken with him!'

'Ranganathan's punchlines are sharper and funnier than many of his peers'

'Romesh was bloody fabulous on Thursday'

'Excellent - he had everyone laughing'

'... his ability to produce bitingly fresh gags marks him out from the crowd'

To enquire about booking Romesh Ranganathan, email info@speakersassociates.com or complete this form.