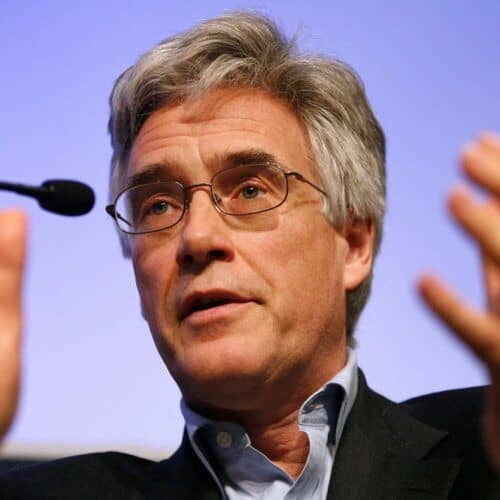 Lord Turner played a leading role in the redesign of the global banking and shadow banking regulation as Chairman of the International Financial Stability Board’s major policy committee. A renowned expert on global economic trends, global finance and international financial systems, Turner serves as Senior Fellow at the Institute for New Economic Thinking.

His wide experience, acumen and expertise mean he is well-suited to speak on issues in the business and public arena including Britain’s exit from the European Union.

Lord Adair Turner is currently Chairman of the Institute for New Economic Thinking. He chaired the UK Financial Services Authority from 2008 to 2013 and played a leading role in the redesign of the global banking and shadow banking regulation as Chairman of the International Financial Stability Board’s major policy committee.

Lord Turner has combined a successful business career with public policy and academia. At McKinsey from 1982-95, he built their practice in East Europe and Russia in the early 1990s; was Director General of the Confederation of British Industry from 1995-2000; became Vice-Chairman of Merrill Lynch Europe in 2000 and has been a Non-Executive Director for a number of companies including Standard Chartered plc.

In 2015 he joined the Board of UK start-up bank OakNorth and was appointed non-Executive Director at Prudential plc. He also chairs the Energy Transitions Commission and is a Trustee of the British Museum.

His latest book Between Debt and the Devil, was published in 2015 and has been translated into Chinese. He is Senior Fellow at the Centre for Financial Studies (Frankfurt), and a visiting professor at the London School of Economics and at Cass Business School. More recently he’s been appointed Visiting Fellow at the People’s Bank of China School of Finance, Tsinghua University (Beijing) and Visiting Professor at the International Center for Islamic Finance (INCEIF) in Kuala Lumpur.

He was elected an Honorary Fellow of the Royal Society in 2016.