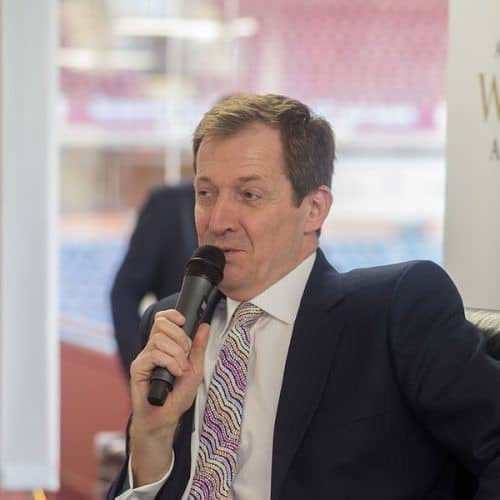 Former director of communications and strategy in Tony Blair’s Labour government; currently a journalist and broadcaster

A sought-after speaker in the UK and Europe, Alastair Campbell draws on his experience of working alongside UK Prime Minister Tony Blair for 10 years and talks about strategy, making change, dealing with the media and crisis management.

An experienced author and journalist, Campbell has previously worked as a political correspondent for the Daily Mirror, Sports Reporter at the Tavistock Times and, later, political editor of Today.

Moved to the Labour government in 1994 as Tony Blair’s spokesman, working with Peter Mandelson in 1997 to co-ordinate Labour’s campaign for power and became the Prime Minister’s Chief Secretary upon their move into power, a role he then held until 2000.

Since leaving his role as Director of Communications & Strategy in 2003, he has taken part in a number of TV roles, including presenter of Panorama for one episode, guest presenter on Have I Got News for You and an appearance on Question Time.