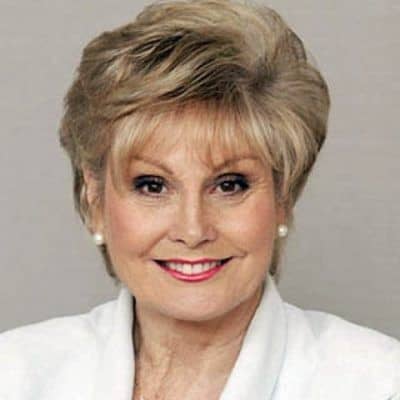 One of the best-known faces and voices in British broadcasting

The career of this award winning journalist has embraced an impressive variety of programmes on both radio and television for both Commercial and BBC stations in Britain, America and Australia.

"Angela did a superb job. Everyone says she was the best we've ever had and I agree. It was a pleasure working with her and I hope to do so again."

Association of Project Managers,
After Dinner Speech and Presenting Awards

"Angela was the best after-dinner speaker we have had in the history of our event. We were absolutely delighted with the way the evening went and the feedback that we have received for Angela has been so positive. She hit just the right note with our audience. Many thanks."

"It was a real privilege to have such a star and such a professional to help us present the awards - so thanks you so much for all your efforts and your advice. The feedback we have received has been considerable and extremely positive and you were so integral to the success of the event."

"Angela performed with such charm, humour and professionalism."

Angela Rippon has been a familiar face and voice in British broadcasting for over 40 years. The career of this award winning journalist has embraced an impressive variety of programmes on both radio and television for both Commercial and BBC stations in Britain, America and Australia.

The scope and quality of her work has been recognised by the Royal Television Society who entered her into their Hall of Fame in 1996. In 2002 she was voted European Woman of Achievement and in the Queen’s Birthday Honours of 2004 she was awarded an OBE in recognition of her services to Broadcasting, Charity and the Arts.

Trained as a journalist in her home town of Plymouth, Angela worked for both BBC Plymouth and the ITV station Westward Television before joining BBC National News in 1973. She was appointed the first woman journalist newsreader in l975 and made two memorable appearances in the Morecambe and Wise Christmas Shows.

Angela was a founder member of the commercial breakfast service TV-am in 1982 and in 1984 moved to America to work for CBS in Boston.

She has presented a wide variety of programmes from hard news and current affairs, to quiz shows and magazine programmes for both BBC and Commercial radio and television. Titles include Come Dancing; Top Gear, the Antiques Roadshow, Masterteam, Crufts Championship and The Holiday Programme.

She currently presents BBC’s Rip-Off Britain and reports for The One Show on BBC1 reporting from various locations across the UK. She also presented BBC1’s Holiday Hit Squad which returned for a second series in Spring 2014. Also in 2014, Angela co-hosted the ITV entertainment series Amazing Greys alongside Paddy McGuinness.

She remains committed to a number of charities, including the British Red Cross of which she is Vice President. Angela travelled to Kenya for Comic Relief and was part of the Famous, Rich and in the Slums BBC1 programme.

Angela has written 14 books, the most recent being Fabulous at Fifty and Beyond Angela also chairs conferences and seminars and is a highly skilled conference facilitator and after dinner speaker. She has a wealth of experience hosting events and award ceremonies, both at home and abroad.