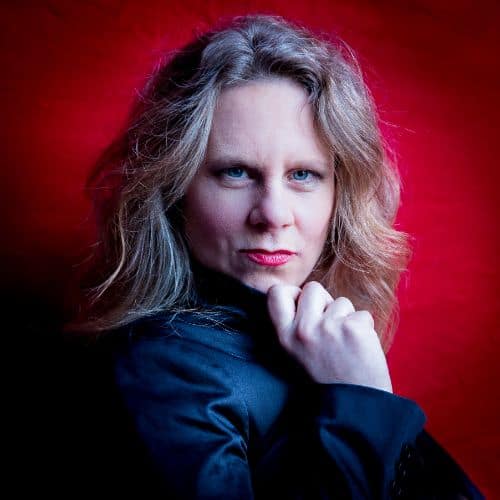 Angie Belcher is a comedy pioneer, whose career has evolved from through stand up, acting and performing to award-winning work as a coach and trainer, teaching presentation skills to CEO’s and staff  at major organisations and delivering ground-breaking workshops through the NHS.

"Angie has a vast amount of experience in using her skills and research in the field of comedy to become a noteworthy coach and a ‘go to’ for many of us in the comedy sector. As an artist she is hugely accomplished and has honed her skills of teaching and coaching across such a broad range of clients, students and other artists that she is able to work astutely and intuitively."

"Angie is a very supportive and creatively minded individual. She is innovative in her thinking and is always devising new initiatives to incentivise students. Everything she does is student centric and she has outstanding subject area knowledge. She is at ease working within a team and thrives on new challenges and taking on a leadership role. I could not recommend Angie highly enough."

"I've worked with Angie on several occasions and found her to be incredibly insightful, wonderfully inventive, and full of creativity for the projects I've asked her to be involved with. She's got a perfect comedy voice, which she uses to hone and develop the voices of others - her comedy courses are full of fun and clever ways of encouraging and supporting her students to achieve this goal. It's a rare gift to be able to translate lessons via comedy, in a unique way, and yet Angie is also brilliant at being part of a team and can be equally adept at leading from the front or supporting from behind. I wouldn't hesitate to recommend her as a comedian, educator, supporter, and as a person."

For more than fifteen years, Angie has been specialising in the link between comedy, mental health and personal development. Her Comedy On Referral program attracted global coverage when the project was launched, using stand-up comedy workshops to help people in recovery from trauma for the NHS, the first of its kind in the world. She was also commissioned by the NHS to provide stand-up comedy projects for men at Risk of suicide through the charity Rethink.

As a facilitator and performance director Angie has 20 years’ experience creating and presenting shows. Enjoying a diverse client base, she’s delivered programs for national NGO’S and lectured for London’s trendy Design Agency D&AD. Her other clients include the BBC, The Prince’s Trust, Capita and WISH, London.

Angie has produced, directed, and written “The Bristol Comedy History Walk” as part of her role as Comedian in Residence at University of Bristol and wrote “What Has Shakespeare Ever Done for us?” a piece of public flash theatre which was created to pop-up around Bristol to promote The Bristol Shakespeare Festival 2013. She writes site specific monologues, receiving a commission for the Broadmead Shopping centre which was performed flash-style to startled shoppers.

Her 4-part comedy drama “My Funny Valentine” was featured on Radio 4 and she has written scripts as part of her comedy club, The Comedy Rocket and been a finalist in the Sit-Com Trials showcases for new writers.

Angie also writes for corporate clients, delivering odes for a range of organisations, from Cider shops to Audio Visual companies. She regularly writes corporate virals and promo film scripts and was commissioned by the city of Bath to write poetry to welcome home the Olympic Gold medalist Amy Williams.

A proud graduate of The Institute for the Development of Human Potential, she also holds a post-graduate diploma in Humanistic Psychology for Leadership, Facilitation and Coaching and teaches masterclasses in expert communication and negotiation to a range of organisations from Category A Prisoners to Bankers.

Not shy of delivering quirky arts and health projects, she also has a daytime comedy club AFTERMIRTH which provides entertainment to new parents, and ELDERMIRTH, which provides comedy shows for people in care homes.

In 2022 Bristol Live named Angie Bristol’s 2nd most influential woman for her pioneering work in comedy and health.