Brahma Chellaney is a geostrategist, scholar, author and commentator. He brings a rigorous and interdisciplinary lens to global strategic issues, including natural-resource geopolitics.

He is presently Professor of Strategic Studies at the Center for Policy Research in New Delhi; a Richard von Weizsäcker Fellow of the Robert Bosch Academy in Berlin; and an affiliate with the International Centre for the Study of Radicalization at King’s College London. He has served as a member of the Policy Advisory Group headed by the foreign minister of India. Before that, he was an adviser to India’s National Security Council, serving as convener of the External Security Group of the National Security Advisory Board.

As a specialist on international strategic issues, Brahma has held appointments at Harvard University, the Brookings Institution, the Paul H. Nitze School of Advanced International Studies at Johns Hopkins University, and the Australian National University. He has also been a fellow at the Nobel Institute in Oslo and at The Transatlantic Academy in Washington, DC. His numerous peer-reviewed papers have been published in major journals, including International Security, Orbis, Survival, Terrorism, Washington Quarterly, Nature, Security Studies, Asian Survey, Politique Etrangere, Disarmament, and Australian Journal of International Affairs. He received his Ph.D. in strategic studies.

In addition to being a strategic thinker, author, and commentator, he is a columnist, including for Project Syndicate and The Japan Times. His opinion articles also appear in the The International New York Times, The Wall Street Journal, Financial Times, Le Monde, The Guardian, The Times of India, Mint, Hindustan Times, La Vanguardia, Straits Times, South China Morning Post, and other important newspapers. And he has often appeared on CNN and BBC, among others.

Brahma also sits on a number of international organizational boards, including the academic council of The Henry Jackson Society, London, and the advisory boards of Worldcoo, Barcelona, and the European Centre for Energy and Resource Security (EUCERS) at the King’s College London. He is also a member of the Global Strategic Advisory Group of the Konrad-Adenauer-Stiftung, headquartered in Berlin. He is a frequent lecturer at universities, think-tanks, military war colleges, and public forums across the world. He has addressed the annual conference of German ambassadors in Berlin and international business forums such as the Global ARC, Pacific Pension Institute annual roundtable, In the Zone conference, Asian Development Bank Evaluation Event, CLSA Investors’ Forum, Shell Powering Progress Together conference, and FutureChina Global Forum.

Brahma is the author of nine books, including an international bestseller, Asian Juggernaut: The Rise of China, India, and Japan (Harper Paperbacks, New York, 2010).

Water, Peace, and War has received rave reviews from the experts. Among his other recent publications is Controlling the Taps, a “blue book” for international institutional investors on water-related risks and opportunities that was published in 2012 by CLSA, a wholly owned subsidiary of Credit Lyonnais SA. The Transatlantic Academy in Washington, DC, published in mid-2012 his study titled From Arms Racing to “Dam Racing” in Asia. In late 2012, the Brazilian publishing company Editora Acatu released his new book in Portuguese, A ascensão da Ásia e seu impacto global, which examines the impact of Asia’s rise on international relations. His first book, Nuclear Proliferation: The U.S.-India Conflict, dates back to 1993. 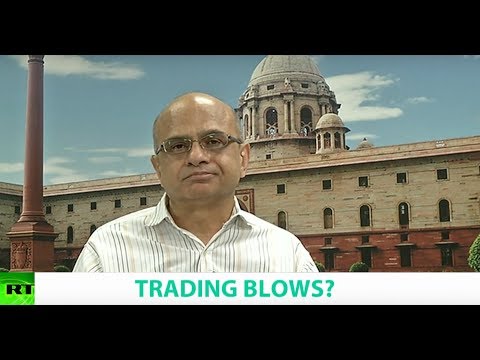 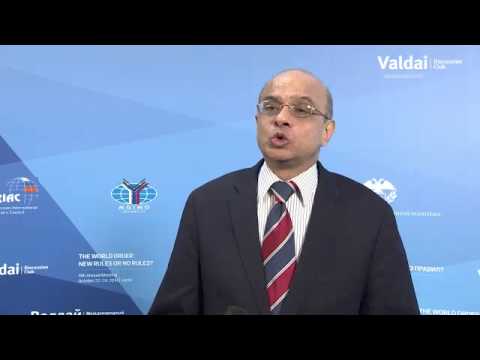 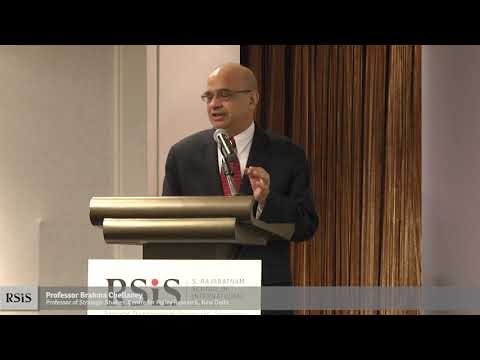 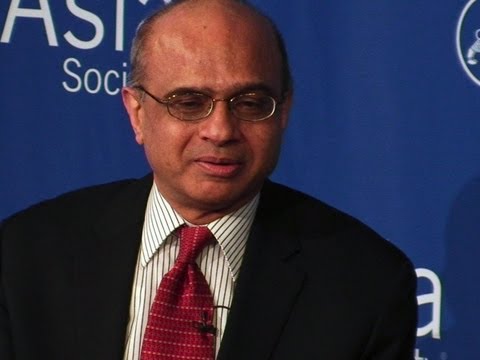 To enquire about booking Brahma Chellaney, email info@speakersassociates.com or complete this form.