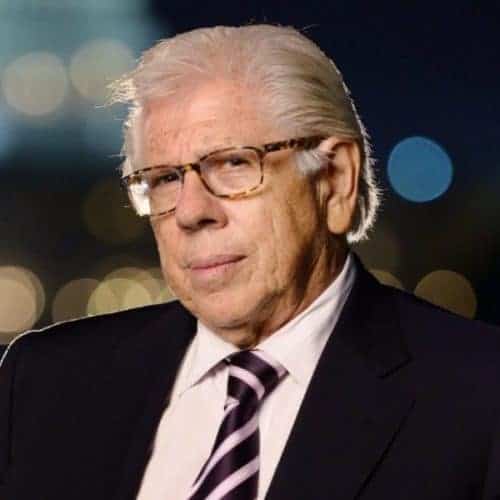 In a journalism career spanning 40 years, Carl Bernstein has covered some of the biggest historical events in a lifetime. Writing about national and international affairs, he has revealed the inner workings of government and politics in Washington.

"He was fantastic. His talk was so thought-provoking, eloquent and current. He called me twice to discuss the crowd, content...a real professional that is not riding on his reputation but determined to build on it. We had a lot of meat industry-related speakers but Carl's content and the theme is what was the main topic of conversation throughout the conference. Thank you for encouraging me to hire Carl!"

"Carl was great last night and we had a record-breaking turnout for his timely talk."

"The lecture and reception went very well. Mr Bernstein was so nice and accommodating to all of our guests. He also drew quite a crowd. We had over 700 people turn out for the lecture. I want to thank you for all of your help. Your company has been great to work with. Thank you again for everything and please be sure to recommend Mr Bernstein to other organizations. He truly was wonderful!"

University of Texas at Austin

"Everything went well, he was well received, gave a good lecture, and spent time with some journalism students after the book signing (until about 10:00 PM). He was extremely pleasant and easy to work with. Enjoyed having him here!"

Few journalists in America’s history have had an impact on history and their craft as Pulitzer Prize-winning investigative reporter Carl Bernstein. From uncovering the Watergate scandal to writing about national and international affairs for more than 40 years, Bernstein’s books, reporting and commentary have revealed the inner-workings of government and politics and told the hidden stories of Washington and its leaders. Drawing parallels between the past and the events of today, Bernstein consistently speaks truth to power, sharing rich historical context and captivating stories from his legendary career.

A political analyst for CNN and a contributing editor at Vanity Fair, Bernstein is currently at work on several multi-media projects, including a memoir about his earliest days in journalism during the Kennedy era and a dramatic TV series about the U.S. Congress for HBO. He began his career at age 16 as a copyboy for The Washington Evening Star.

In the early 1970s, Bernstein and his partner, Bob Woodward, captured international attention when they broke the Watergate story for The Washington Post. Woodward and Bernstein’s investigative reporting led to the resignation of President Richard Nixon, set new standards for journalism and won the Pulitzer Prize. The two went on to write two classic best-sellers: All the President’s Men (also a movie starring Robert Redford and Dustin Hoffman) about their coverage of Watergate and The Final Days, chronicling the end of the Nixon presidency.

Bernstein’s other best-selling books include Loyalties: a Son’s Memoir, about his family’s experiences in the McCarthy era, and His Holiness: Pope John Paul II and The History of Our Time, a biography of Pope John Paul II, co-authored with Marco Politi. His most recent book is the national best-seller A Woman in Charge: The Life of Hillary Rodham, acclaimed as the definitive biography of the subject.

His articles have appeared in Time, USA Today, Rolling Stone and The New Republic. From 1999-2001, Bernstein served as editor and executive vice president of Voter.com, a pioneering website that Forbes named the best political site on the internet. He has also worked as Washington bureau chief and correspondent for ABC News.

Appearing on his own and with his former partner, Bob Woodward in an extraordinary dual program, Bernstein brings invaluable historical perspective to the news and issues of the day. His talks take audiences inside Washington and his own legendary career. Tackling subjects ranging from the political future of healthcare to the role of the media, Bernstein informs, enlightens and treats audiences to an unforgettable encounter with one of the true heroes of modern journalism.

An Evening With Carl Bernstein: The System Can Work

The Problem of Washington: It's Not Just the Politicians. We The People Sent Them There; We the Press are Complicit

The Broken Branch & Future of America: Can the United States Congress be Repaired?

The Lessons of Watergate: A Behind the Scenes Look at the Reporting & Political Drama that Led to theResignation of President Richard Nixon & Continues to Affect the Course of American History