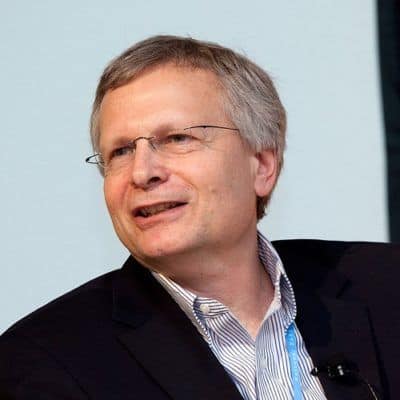 Dani Rodrik is an economist whose research covers globalization, economic growth and development and political economy.

Rodrik is the Ford Foundation Professor of International Political Economy at Harvard’s John F. Kennedy School of Government. He rejoined the Kennedy School in July 2015 after two years at the Institute for Advanced Study as the Albert O. Hirschman Professor in the School of Social Science.

Professor Rodrik is also the recipient of numerous awards, including the inaugural Albert O. Hirschman Prize of the Social Science Research Council, and honorary doctorates from universities in Europe and Latin America. He is affiliated with the National Bureau of Economic Research, Centre for Economic Policy Research (London), and the Center for Global Development among other research organizations. He is currently President-Elect of the International Economic Association.

His previous books include One Economics, Many Recipes: Globalization, Institutions, and Economic Growth (2007), The New Global Economy and Developing Countries: Making Openness Work (1999), and Has Globalization Gone Too Far? (1997). Professor Rodrik’s monthly columns on global affairs appear on Project Syndicate.

Professor Rodrik holds a Ph.D. in economics and an MPA from Princeton University, and an A.B. from Harvard College.