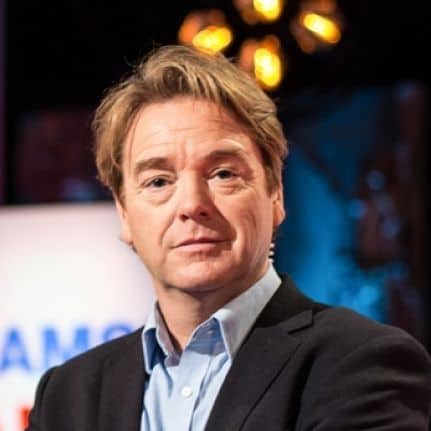 David McWilliams is much in demand as a commentator due to his ability to engage an audience and bring economic subjects to life. He has coined several phrases that have entered into Ireland’s public discourse, such as “Ghost Estates” and “Breakfast Roll Man”. By taking examples from day to day life, he helps to make economic concepts relatable for a general audience.

He also maintains an active interest in investing through his Global Macro 360 site. This aims to give readers up to date news and analysis of the global macroeconomy so that they can make well informed investment decisions. For audiences of investors, McWilliams makes for an entertaining keynote speaker with a proven ability to keep the interest of his audience.

McWilliams has made documentaries in both Ireland and Australia. These have largely focused on economic subjects, but have also ventured into the relationship between Britain and Ireland, as well as a portrait of Mary Robinson, Ireland’s first female President.

David McWilliams can make a relevant, entertaining contribution to economic discussions. If an economist is wanted to give an address to a general audience then there are few speakers who could do a better job.

He also makes an excellent choice for explaining the economic situation in Ireland to an international audience. He has numerous thought provoking policy solutions for helping to ensure that the Irish experience over the last few years is not repeated. In many cases, these are applicable to other countries as well.

In 2007, David McWilliams was named as one of 250 Young Global Leaders by the World Economic Forum.