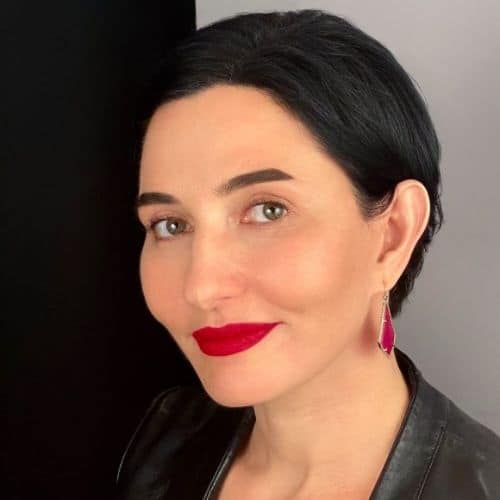 Eliza VanCort is a top empowerment keynote speaker, author and advisory board member for Performing Arts for Social Change. In 2018, Eliza gave a TEDx talk on Women, Power and Revolutionizing Speech in which she shared her harrowing, yet uplifting, personal story while offering actionable, transformative tools for meaningful personal and social change.

"She's a pro. I can't recommend her enough."

"Eliza was the highlight of the conference."

"Always goes above and beyond."

"You, too, can be the hero of your organization for bringing her in!"

Eliza is the author of the #1 Bestseller A WOMAN’S GUIDE TO CLAIMING SPACE: Stand Tall. Raise Your Voice. Be Heard, which published by Berrett Koehler in May 2021. A student of the arts and political science, Eliza is a Cook House Fellow at Cornell University, member of Govern For America’s League of Innovators, and a Diversity Crew partner. Creator of highly regarded talks and workshops, she educates about universal/women’s empowerment and DEI.

Eliza has led a life that any Hollywood studio would immediately dismiss as being too-hard-to-believe. This incredible journey inspired Eliza to dedicate her life to helping people of all races, genders, and backgrounds empower themselves to claim space. She has joined the chorus of women fiercely proclaiming #MeToo.

In 2018, Eliza gave a TEDx talk on Women, Power and Revolutionizing Speech in which she shared her harrowing, yet uplifting, personal story while offering actionable, transformative tools for meaningful personal and social change.

Eliza is the parent of four incredible humans, a classically trained singer, unrepentant sci-fi, and musical theater nerd, and still hopes one day she’ll move things with The Force. She never turns down dark chocolate.

Succeed: How Women can Claim Space

Lines of Communication: In order for any organization to thrive, these lines must be open. In this fun, transformative talk or workshop, Eliza leverages her interdisciplinary background to improve individual and organizational success, while keeping those oh-so-important lines of communication open.