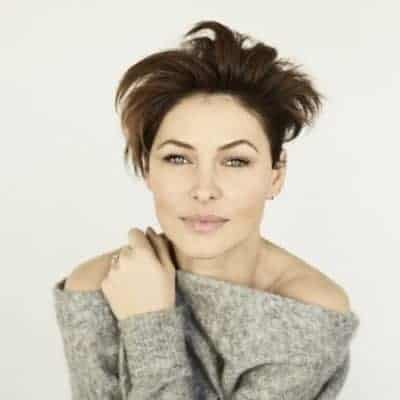 Emma Willis started her career as a model working for big name brands such as Gap, Chanel, and Samsung. After getting hired by MTV, Emma’s career in TV and radio skyrocketed to success where she became one of the most in demand presenters in the UK.

She is a natural when it comes to live or pre-recording environments, showing off her infectious personality and ability to form rapport with people of all walks of life. She is also a great speaker on fashion, media, lifestyle and makes an excellent event host or presenter.

Born and raised in Birmingham, on leaving school Emma worked as a model, appearing in campaigns for Gap, Chanel and Samsung amongst others, before joining MTV where she worked for several years.

Emma is now one of the most successful and in demand presenters working in TV and radio in the UK. Totally at ease in a live or pre-recorded environment, her down-to-earth attitude and infectious personality have contributed to her success and she has an instant natural rapport with people from all walks of life.

Emma hosts ‘The Voice UK’ alongside Marvin Humes on BBC1. She was the main host on C5’s hugely successful series, ‘Big Brother’ and also hosts the brilliant spin-off show ‘Bit on the Side’. On ITV1, Emma spent two years hosting ‘The Hub’ on ‘This Morning’, and has presented the show itself several times alongside Phillip Schofield and Eamonn Holmes. She has also appeared as a guest host on ‘Loose Women’ several times and has hosted two series of ITV2 dating show ‘Girlfriends’ and ‘Prize Island’ on ITV1 with Alexander Armstrong.

Away from TV Emma has found her groove on the radio presenting Heart FM with one of her best friends Stephen Mulhern on Sunday mornings. She presented ‘Stars of 2010’ for T4/4 Music and Hollywood Star Tours for 4 Music’s Hollywood month and she hosted on ITV2’s ‘Hot Desk’.

She also hosted ‘Britain’s Next Top Model Live’ at the Excel and has co-presented the Comedy Awards, ‘Backstage at The Brits’ and the Sony Ericsson Empire Awards all for ITV2. Emma also hosted the red carpet coverage of The BAFTAs live alongside Ryan Seacrest for E! Entertainment. She presented ‘I’m A Celebrity… Get Me Out Of Here Now!’ alongside (her now husband) Matt Willis in 2007 and 2008. She presented the New for 2009 show on New Years Day for Radio 1 and took part in Jack Osbourne’s ‘Adrenaline Junkie’, an experience she absolutely loved. She has hosted the Vodafone TBA featuring Kasabian for T4 and Channel 4, The UK Gaming Championship for Sky One in studio and from LA, and presented two seasons of the Red Bull Air Races for Fox USA from all over the world.

Having hosted ‘Totally Boyband Live’ for MTV and MTV Hits, Emma also presented the massive ‘Live Earth Concert’. She hosted the ITV2 show ‘Access All Areas’ for the Prince’s Trust 30th Birthday concert and has also presented the series ‘Just The Ticket’ for Eat Cinema. Emma co-presented ‘M-Pops’ for mobile networks alongside Reggie Yates, and presented ‘Today on 3 Live’, which was an entertainment show for 3 Mobile. Emma co-hosted the huge ‘TRL’ on MTV – the daily live music and entertainment show which proved a massive hit. She also presented her own show for MTV Hits – ‘Sugar Style’ – a mixture of fashion, beauty and celebrity style. that was the highest ranking show on the channel. She also co-presented ‘Backstage’, a studio based show which saw her interviewing a different celebrity guest each week and reviewing the week’s new films and music. MTV also asked Emma to present the ‘EMAs’ and the ‘MTV Movie Awards’.

Emma is honoured to be an ambassador for The Prince’s Trust. With interests in music, film, fashion and travel, Emma is well-rounded and well-informed, although she is the first to admit that not all her tastes are considered that cool! Emma and Matt are the proud parents of a girl, Isabelle and a baby boy Ace Billy.